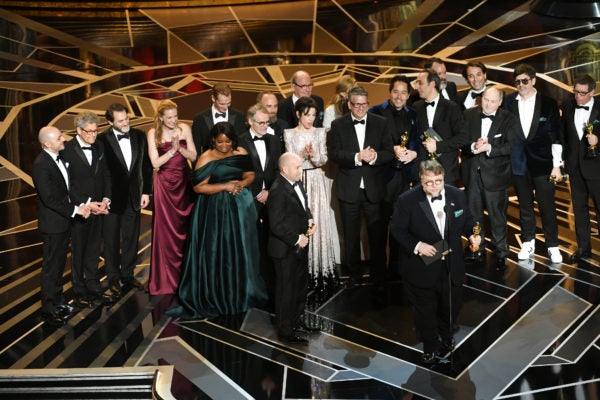 Guillermo del Toro’s Cold War-era fantasy romance “The Shape of Water” on Sunday won the Oscar for best picture, and was the big winner on Hollywood’s biggest night with four statuettes.

It bested eight other films: “Call Me By Your Name,” “Darkest Hour,” “Dunkirk,” “Get Out,” “Lady Bird,” “Phantom Thread,” “The Post” and “Three Billboards Outside Ebbing, Missouri.”