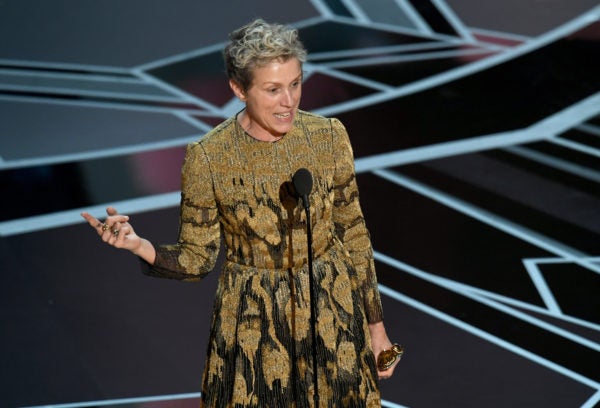 Frances McDormand on Sunday won the Oscar for best actress for her role as a rage-filled woman seeking answers over her daughter’s murder in “Three Billboards Outside Ebbing, Missouri.”

McDormand, who won her second Oscar after her performance in “Fargo,” placed her statuette on the stage and dedicated the prize to all women nominees, across categories.