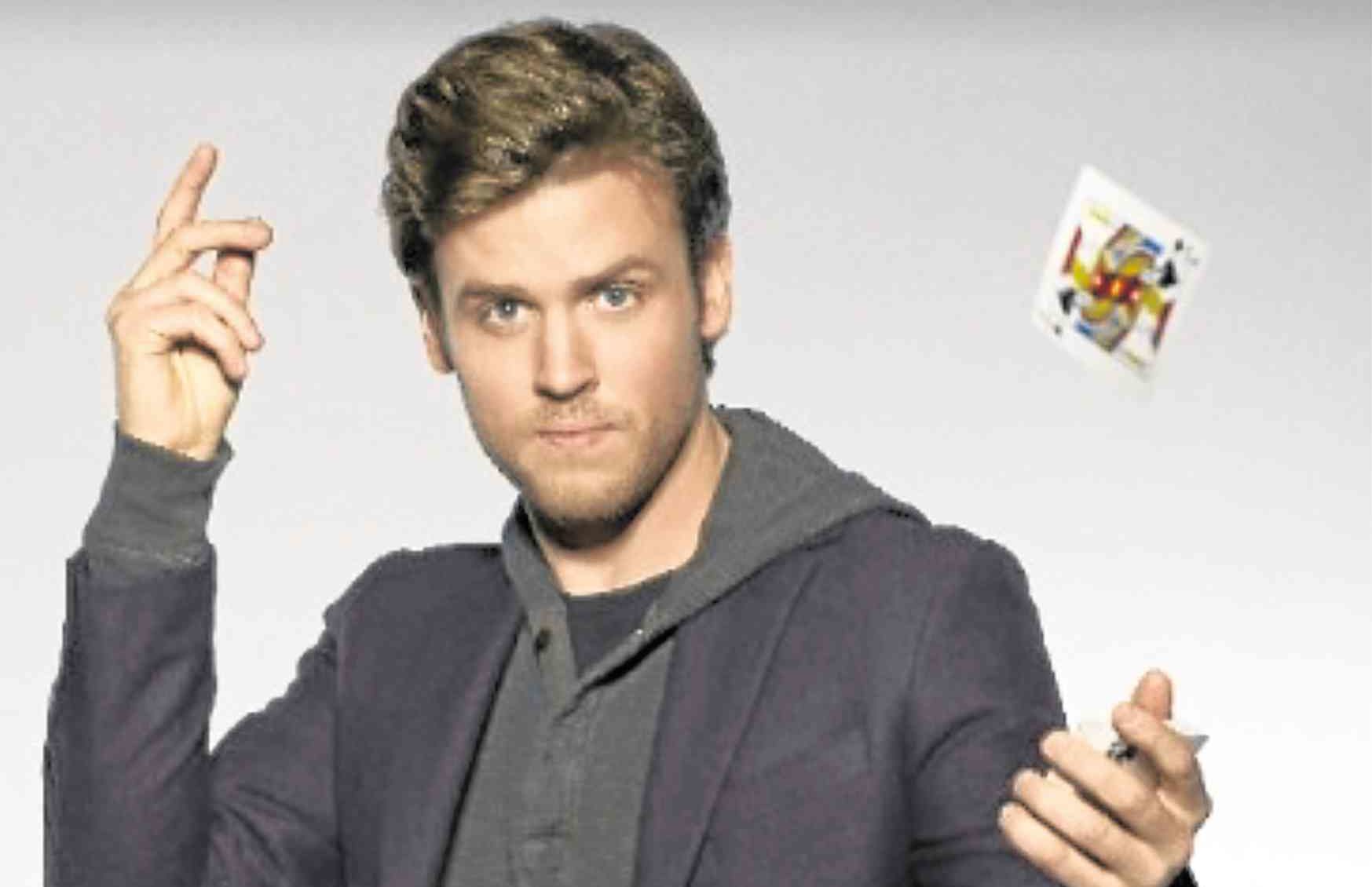 English actor Jack Cutmore-Scott, who will be playing an illusionist in the new show “Deception,” told the Inquirer via a phone interview that it was quite a challenge to portray a character that had been in the biz considerably longer than him.

“I’ve only been doing this for a few years, and he’s been a performer his entire life. Cameron Black grew up on the stage…the world of magic and illusion is, by definition, very secretive. I’ve never had those experiences.”

Cutmore-Scott’s film debut was the 2014 spy-actioner “Kingsman: The Secret Service,” where he played a young agent trainee. For the new show debuting on March 12, 9 p.m., on Warner TV, he related that he dug deep into the character and studied the intricacies of being a magician.

“I did an incredible lot [of research]. The biggest challenge was to get as
familiar as I could in the amount of time that I had with the skill set, the physicality and psychology behind magic and illusion,” he said. “

Cutmore-Scott, whose trickster character is helping the FBI solve crimes, said that he hoped that people would enjoy the new 13-episode series: “[Someone] referred to it as ‘Magician Impossible,’ and that’s what we were going for. Seriously, we have an element of magic that nobody’s seen before.”

The 30-year-old actor, whose theater credits include “Cyrano de Bergerac” and “Much Ado About Nothing,” described TV work as “a very different world.” He starred as the protagonist in the short-lived 2015 comedy series, “Cooper Barrett’s Guide to Surviving Life.”

“The biggest and most exciting [thing] is the amount of work there is out there,” said the actor, who was also in Christopher Nolan’s recent film, “Dunkirk.” “There are so many platforms and different opportunities for people from all backgrounds and experiences. That’s only going to
improve the quality of the material that we see on TV or in film. It’s a challenging and interesting new world in a lot of different ways.”

His acting heroes growing up were many, but off the top of his head were Ian McKellen and Anthony Hopkins. “My [original] goal in acting—which was not that long ago—was to just keep working for as long as I could, since those guys were doing it for decades. The longevity of their careers was more inspiring than anything else,” he said.

His advice for aspiring actors? “There’s no formula—there is no secret recipe to any of this other than hard work and all kinds of luck,” Cutmore-Scott said. “Create and keep creating content, whatever it is—if it’s acting, writing or poetry. Keep [exercising] those creative muscles, and the wealth will come.”