#Fbois a new breed of heartthrobs 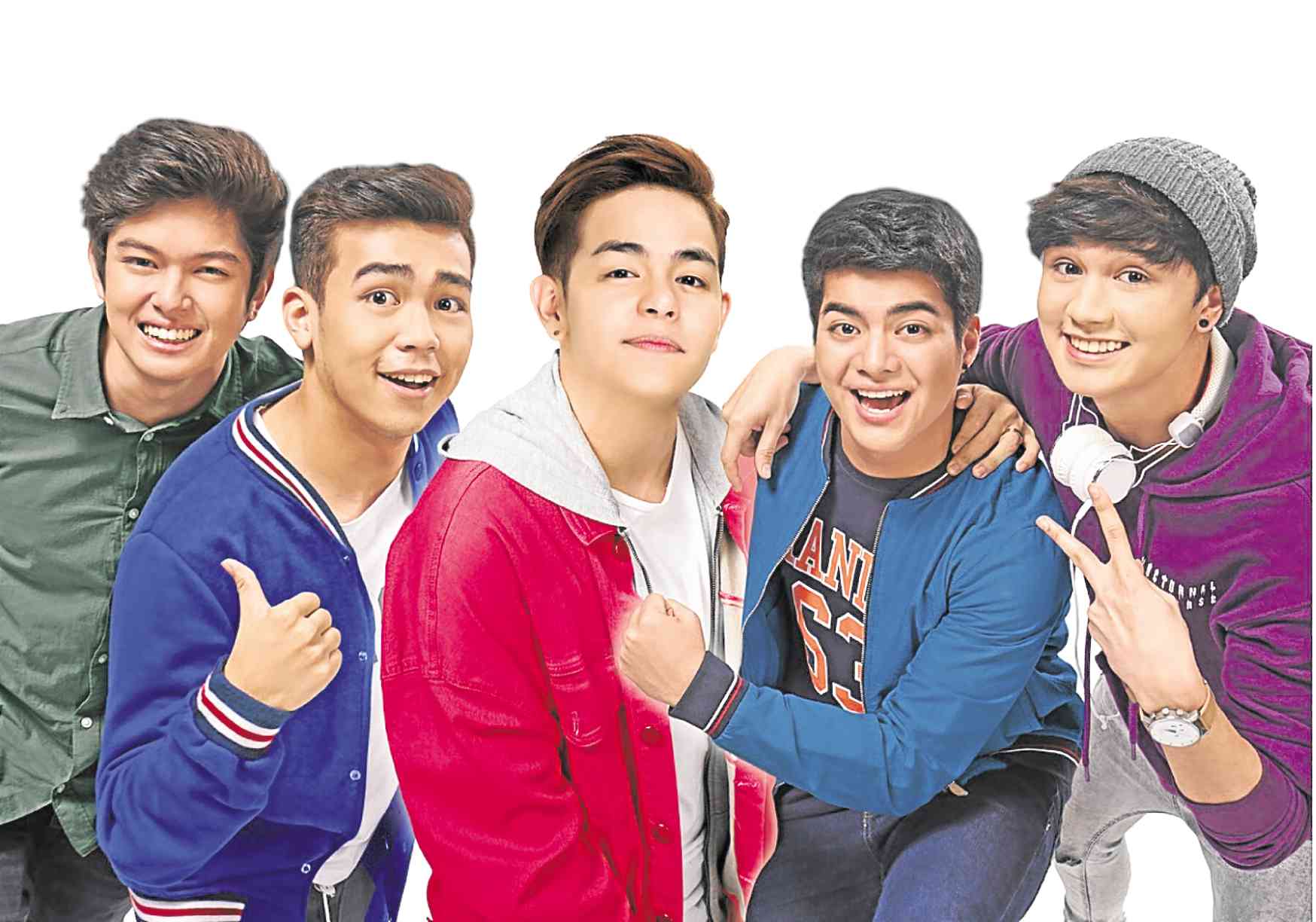 What cooler way could there be to welcome summer than by imbibing the millennial vibe of Viva Films’ new boy group, #Fbois? The members of the group of heartthrobs include Andrew Muhlach, Jack Reid, Vitto Marquez, Julian Trono and Dan Huschka.

The quintet will topbill “Squad Goals,” which opens on May 9, a modern-day version of the iconic ’80s movie, “Bagets.” It’s about the misadventures, pranks and flings of teenagers. Ah! To be young, restless, fast and curious.

What’s the best and toughest part of being the brother of James Reid?

JR: The best part is, James’ passion for his craft rubs off on me. The toughest part is being compared to him. But, it also serves as motivation, so it works both ways.

What if you and James fall for the same girl? Would you give way to him?

JR: I’d leave it up to the girl to decide.

What movie of Aga Muhlach’s would you want to do a remake of and why?

A: “Bagets,” because that movie jumpstarted Kuya Aga’s career. “Seven Sundays,” because it’s where kuya showed how versatile he is as an actor. I want to be able to hone my acting skills, too.

A: Love your family, above all else. Be kind to everyone on the set. Love your work, and it will love you back. Be able to stand on your own.

What do you love and hate about being a millennial?

JT: I hate the misconceptions, like we’re rebels or that we’re too liberated. I’d like to believe that if you’re a millennial or whatever you call it, you live in a shared generation—which means, we coexist. We aren’t jaded, we are open, we accept, and we embrace the truth.

V: I love how tech-savvy we are. But, I hate the fact that we sometimes forget to establish human interaction because we’re too engrossed with social media. Like, when we’re in Boracay, we keep uploading pictures, instead of savoring the moment.

D: I love how we have access to everything via technology. It must have been tough to study during the preinternet era. I hate that people have a preconceived notion of what millennials are. We’re not all the same.

What’s your type of girl?

V: I prefer a girl who has a plan for the future, and can get along with everybody.

JT: No specific type. When I like a girl, it just hits me.

D: One who has a killer smile and colored hair.

Joyce, meanwhile, posted another version of the photo with the caption, “Today on how to publicly humiliate yourself—and also find joy in it: [Be in] a photo with the [network’s] most regal women, and pretend like it’s [no big deal].”

In response to Joyce’s post, Heart reposted the photo saying, “Yes, you can sit with us! #WomenUnite.”