Ellen DeGeneres, with heaps of heart and humor 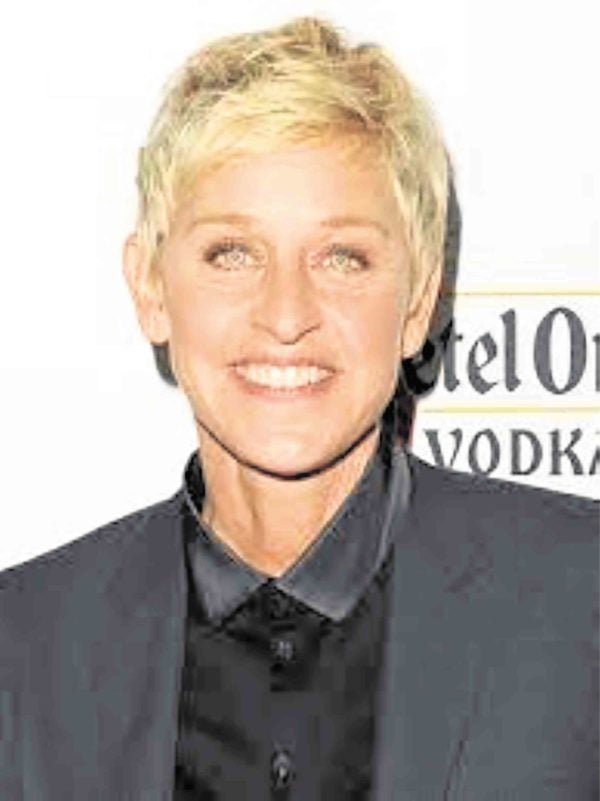 Ellen DeGeneres is such a spitfire and spark plug on her daily TV show that it’s a shock to learn that she has just celebrated her 60th birthday.

If life begins at 40, what does marking the big 6-0 do to an overachieving TV star and media mogul?

The “evidence” on Ellen’s TV show during her birthday month (last January) indicates that it’s all prosperous business as usual for her, since many new ventures have been launched that need to be vigorously pushed into creative fruition —and profitability!

Her career fulcrum is still her daily TV show, now on its 15th year of telecasting.

In the ever-changing TV landscape, it’s dauntingly difficult to keep delighting viewers for more than a decade—but Ellen has bucked the odds through sheer dint of moxie, impudence, creativity—and zest for what she’s doing.

Truth to tell, some of her show’s telecasts this season feel a tad too predictable and “been there, done that.” But, the
production tries to vigorously make up for that by consciously being even more idiosyncratic and un-predictable.

The people who have benefited from this sillier and crazier bent are the show’s staffers, some of whom have been made to interact with Ellen’s fans —not just in the studio, but also in unexpected sorties where they live!

Also now quite popular in his own right is the show’s segment producer, Andy, who has been “forced” to act as its official “guinea pig,” or a kind of average no-talent who has to learn how to pole-dance and become a professional wrestler for a day, among other stressful and dangerous pursuits!

Andy looks like he’s being abused and ridiculed to the max, but everybody knows that Ellen loves him to bits!

Besides, if he’s really smart, he can take full advantage of his heightened popularity and visibility to get his own performing career profitably going—which is probably what his “loving
tormentor,” Ellen, had in mind from the get-go!

As if doing a daily TV show weren’t stressful and exhausting enough, Ellen has also whipped up a number of other spin-off shows and product and service outfits, all made prosperous by her now A-list celebrity and  “influencer” power.

They include a cosmetics line, baby and home items, a record label, a lifestyle brand for clothes, shoes, accessories and pet products—etc.!

In addition, she has launched a furniture design competition, a new game show, and executive-produced for shows like “Bethenny,” “Little Big Shots,” “First Dates,” “Green Eggs and Ham” and “Castle Hangnail.”

These and other prosperous ventures have made her one of the entertainment industry’s highest-paid celebrities—as well as one of the world’s most powerful women.

Best of all, Ellen has opted not to hoard all of her gazillions of dollars, but to use some of them to boost many humanitarian causes, as well as animal rights advocacies.

She’s also been named a special envoy for global AIDS awareness, Peta’s “Woman of the Year,” is a big fundraiser for arts and museums, and promotes vegan and TM causes!

Just like her friend, Oprah Winfrey, Ellen motivates millions of televiewers to aspire to be the best they can be. But, she does it in her own unique way— not just with a lot of heart, but also with heaps of humor!

Read Next
Dua Lipa–a dreamer’s gratitude
EDITORS' PICK
Notice of 2020 regular meeting of stockholders June 18, 2020
SM prepares for ‘safe malling’
Leveling up your ‘lutong bahay’ with the kitchen companion you never knew you needed
NBI, Immigration to join hunt for ‘underground’ medical clinics
2 Chinese nationals arrested in raid on another unlicensed COVID-19 hospital in Pampanga
P2.2 trillion in losses: Cost of COVID-19 impact on PH economy
MOST READ
Revillame tells Roque: ABS-CBN is in my heart despite being in rival network
NCR is ready for GCQ — Palace
LOOK: Robredo, Vico Sotto, check Community Mart ops in Pasig
Año: Quarantine passes not needed in GCQ, movement restricted to essential travel
Don't miss out on the latest news and information.