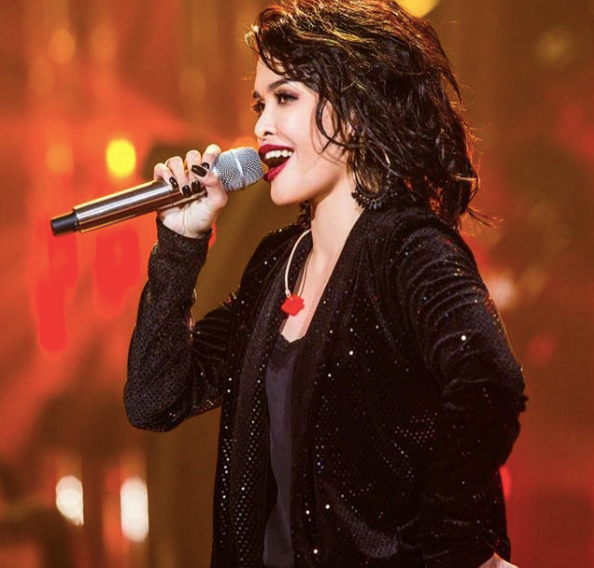 KZ Tandigan’s evocative performance of A Great Big World’s “Say Something” earned her a fourth-place ranking on “Singer 2018”, bringing the audience to tears.

Though she only had a day to prepare for it, her rendition was enough to secure her position as a mainstay in the Chinese singing competition.

She also earned the admiration of the American musical duo themselves, which consists of singer-songwriters Ian Axel and Chad King.

“Whoah. Thank you so much for appreciating,” the “X Factor Philippines” singer replied.

Tandingan captured the pain of a relationship slipping away as she repeatedly sang the lyrics, “Say something I’m giving up on you” through a range of emotions.

*UPDATED CORRECT AUDIO AND VIDEO**MUST WATCH*KZ "SAY SOMETHING" Episode 7We are proud to share with you KZ's version of "Say Something" for Singer 2018 episode 7. KZ prepared a different song for this episode and the arrangement for that song came from the Philippines. Hunan Broadcasting System (HBS) decided last minute to change the song because they felt the song is not well known in China and asked KZ to perform "Say Something" instead since this is one of the songs she performed during audition that really left a mark on them. We had to fly Macoy (her guitarist) last minute for this and she only got to rehearse this song on the day of the recording but still delivered an awesome performance.We love you! KZ Tandingan <3

However, this wasn’t the original song she had been preparing. Just a day before the show,  she was asked to do another song since her initial choice was not well-known among Chinese audiences, according to Tandingan’s agency Cornerstone Entertainment. The last-minute change also forced the agency to fly-in her guitarist for the performance.

“Say Something” happens to be a song from the audition which helped her charm her way into the contest. This time, it earned her a ticket to stay on the show.

The song was popularized by American artist Christina Aguilera when she recorded a duet with A Great Big World. JB