Review: ‘Annihilation’ is a trippy and frightful fantasia 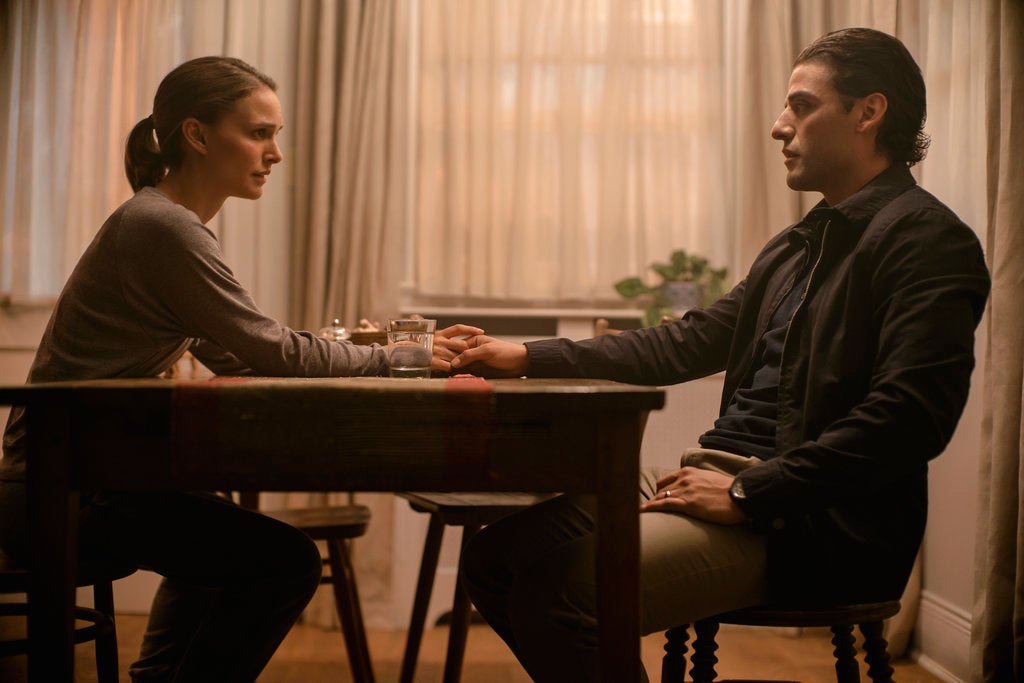 “The Shimmer” is the name given to the mysterious phenomenon that, after a meteor strike, settles along a swampy coastline in Alex Garland’s “Annihilation.” It’s an area enclosed by a fluid, translucent wall bathed in an eerie rainbow glimmer. The Shimmer’s steady expansion threatens to swallow surrounding towns, cities and, eventually, everything.

Naturally, this is Florida. Efforts to determine what’s inside the Shimmer have proven futile. Except for one survivor, none to enter have ever returned. To step inside is to step into the unknown.

The same could be said for those who come to see “Annihilation,” a trippy, mind-bending cinematic experience that plunges you into a disorienting and dream-like science fiction that contorts and disintegrates much of the genre’s conventions.

This is the bigger-budget follow-up to Garland’ directing debut, “Ex Machina.” The novelist turned screenwriter (“28 Days Later…,” ”Sunshine,” ”Never Let Me Go”) has here made good on the promise of “Ex Machina,” a heady if sometimes flat chamber piece about the invention of a very human-like artificial intelligence.

“Annihilation,” which is partly based on Jeff VanderMeer’s novel, has plenty of forerunners (namely Andrei Tarkovsky’s “Stalker”) and it’s certainly not flawless. There’s an often awkward distance here between Garland’s grand ambitions and his mid-sized-budget visual effects, between VanderMeer’s immersive imagination and the necessities of physicalizing fantasy in a movie.

But rarely has a film conjured such a thick atmosphere of dread and wonder as “Annihilation,” a movie that unfolds, grippingly, as an existential mystery.

Lena (Natalie Portman) is an ex-Army biology professor at Johns Hopkins whose soldier husband (Oscar Isaacs), after being gone for a year, returns from a secret mission unable to explain where he’s been. Dumbfounded, he promptly begins to split up blood and, in the ambulance ride to the hospital, is overtaken by a swarm of police vehicles.

Lena is introduced to the Shimmer by a laconic psychologist (a miscast Jennifer Jason Leigh) in charge of fielding missions. She, herself, is going in, pulled by inescapable curiosity. Lena joins their group, an all-female squad including a paramedic (a scene-stealing Gina Rodriguez), a physicist (Tessa Thompson) and an anthropologist (Tuva Novotny).

With “Ghostbusters”-like backpacks, they enter the Shimmer where bewilderments and horrors await. They immediately wake up in their tents, unsure how they spent the last three days. In the lush, tropical forest, they marvel at the teaming mutated species while evading fantastical beasts. It’s equal parts dream and nightmare. One bear-like creature — very much not your average bear — growls with the screams of its recent prey.

As frightful as their surroundings are, self-destruction is the theme of “Annihilation.” Each of the five come into the Shimmer marked by their own interior afflictions — a suicide attempt, cancer, addiction, or, Lena’s case, the guilt of betrayal. “Annihilation” is filled with the science of mutating cells — “the rhythm of the dividing pair” — and the suggestion that self-destruction is natural, in molecules and in relationships.

If this is all sounding rather soupy, well, it is. “Annihilation” struggles to connect that insight into its entrancing psychedelia. Lena’s backstory is only glimpsed in brief flashbacks, and her companions’ emotions are unexplored. Something doesn’t quite sync, even as “Annihilation” renders those inner conflicts with cosmic grandeur.

Like virtually every science fiction before it, once “Annihilation” — which deviates greatly from the book in its third act — starts solving its enigmas, the spell begins to break. But Garland’s film is seldom not something to behold. In the unexplained, unknowable world of the Shimmer, there are moments electric with possibility that anything can happen. That’s a rare feeling in big-screen science fiction, and Garland’s film — daring, messy, exploding with ideas — can be pulverizing. “Annihilation” nearly lives up to the promise of its title.

“Annihilation,” a Paramount Pictures release, is rated R by the Motion Picture Association of America for “violence, bloody images, language and some sexuality.” Running time: 115 minutes. Three stars out of four. MKH