Black is the new gold in Hollywood 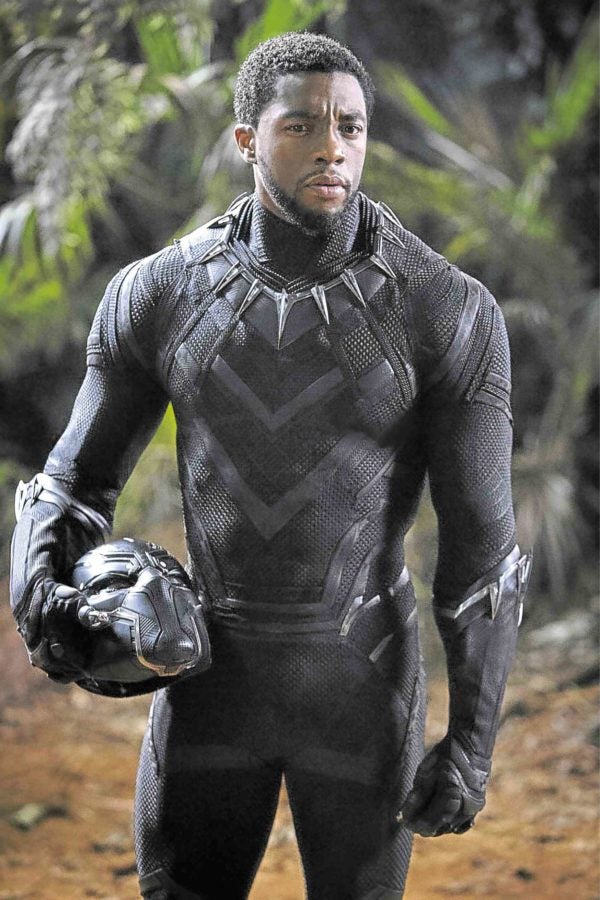 Most of the superheroes whose fantastic feats are dramatized in Hollywood blockbusters are as white as the driven snow—an ingrained bias that rankles in non-WASP viewers and filmmakers’ hearts—because, fully a third of the US population is racially diverse (12 percent black, 13 percent Hispanic,
6 percent Asian, etc.).

Indeed, there have been occasional efforts to feature black superheroes in films and on TV for a long time now, with notable attempts paced by Black Lighting, John Wraith, Steel, Helmdall, Luke Cage—and “Abar, the first Superman.”

But, the biggest splash of them all is currently being made by “Black Panther,” starring Chadwick Boseman as T’Challa, who fights many foes and forces for his right to be the king of the fictive African nation of Wakanda.

He has attained super strength by ingesting a powerful herb—and he needs all of the strength and determination he can summon up, because many villains are bent on crushing him, led by the similarly awesome Erik (Michael B. Jordan). Also featured are many other black actors, like Lupita Nyong’o, Angela Bassett and Danai Gurira.

Most flicks feature only a few black performers, but “Black Panther” is peopled by them. This rare phenomenon has been effected by the savvy decision to set its action in Africa.

Even more impressively, the film also has an African-American director, Ryan Coogler. So, the production’s key parameters have been set to showcase its “black factor,” above all else!

It’s a daunting and “dangerous” decision, because well-intentioned films often don’t live up to their intense intentions, and black movies have mostly been just “niche” attractions to date.

Happily, however, “Black Panther” has turned out to be everything it intended to be, and more. Even before it was launched, advance ticket sales indicated especially strong interest and even excitement over its imminent release.

And, when it was finally screened, surveys of reviewers’ reactions to it hit 98 percent, or a rare “universal acclaim” encomium!

Apparently, director Coogler was the perfect choice to helm the daringly “breakthrough” production—he won high praise for his directorial vision, creativity and use of action and humor to entertain the socks off viewers’ feet!

The film has also been cited for being “the best ‘origin’ movie since ‘Guardians of the Galaxy,’” as well as for the provocative themes and issues that it makes viewers think and care about.

In fact, “Black Panther” has become such a breakthrough hit that organizations concerned about the lack of Black Pride in the States have sponsored group screenings for black children and teens—who have reacted with great excitement and pumped-up sense of their promise and future prospects.

Yes, “Black Panther” is “only” a film about an imaginary black superhero. But, its protagonist’s exploits, which are usually reserved for white avengers and crimebusters, make heretofore peripheral and disadvantaged people feel that they can be empowered players in their own right!