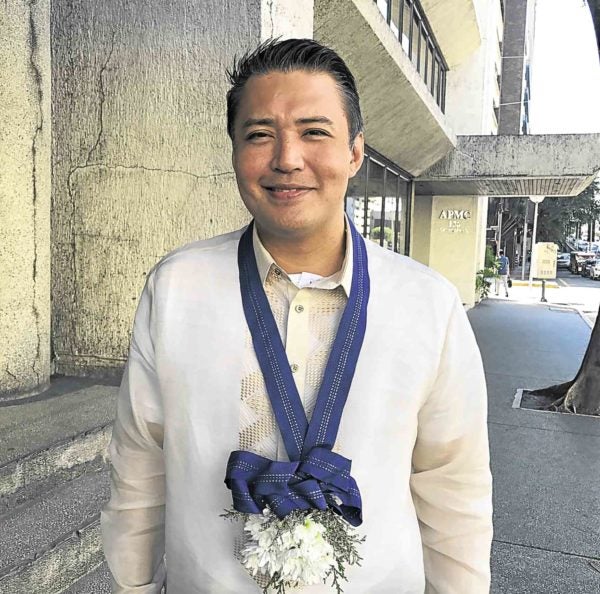 Guess whom we bumped into on Amorsolo Street in Makati last Monday? Actor Mark Anthony Fernandez, clad in a barong and wearing a garland, was spotted in the country’s premier business district, waiting for his ride back home to Parañaque.

He told the Inquirer that he had just delivered a speech at the Office of the Solicitor General that morning. “I gave an inspirational talk. I also wanted to express my gratitude to the lawyers who
defend people who encounter prejudice in society,” he explained.

Fernandez was released from the Pampanga provincial jail on Dec. 22 after the Regional Trial Court in Angeles City acquitted him of the charge of transporting a kilogram of dried marijuana.

In October last year, he was arrested after a car chase from Angeles City to San Fernando with the police.