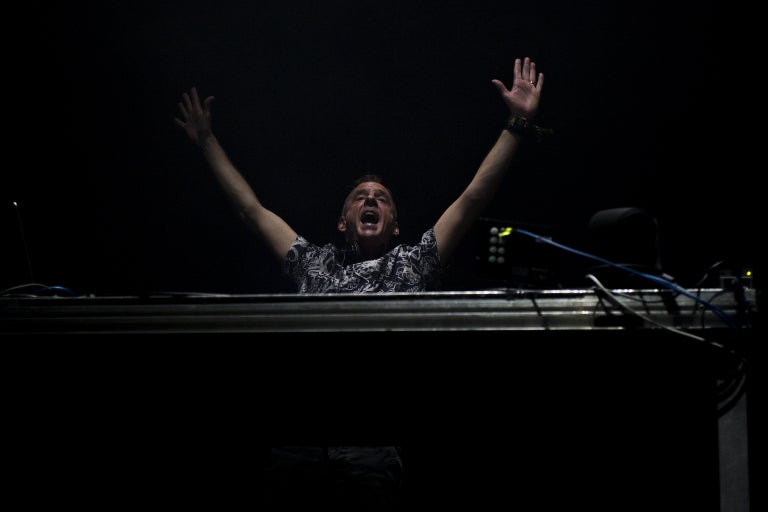 This year marks the 20th anniversary of Fatboy Slim’s “You’ve Come a Long Way, Baby” and the English DJ has revealed a special album reissue to celebrate the occasion.

The DJ’s second album was released in October 1998 and contains a number of hit singles, including “The Rockafeller Skank”, “Praise You” and “Right Here, Right Now”. Following up the debut album “Better Living Through Chemistry”, this sophomore LP raised Fatboy Slim’s profile internationally and earned him a Brit Award.

In a video posted to his website, Norman Cook a.k.a. Fatboy Slim reveals his plans for a 20th-anniversary reissue. The clip shows someone making pizzas; a delivery person then picks one up and delivers it to none other than Norman Cook.

The pizza theme is a reference to the reissue, which will be packaged in a hand-screen-printed, numbered, limited-edition 13-inch branded pizza box, signed by Fatboy Slim. Inside, fans will find a deluxe edition LP and CD reissue of the album, along with an XXL T-shirt that reads “I’m #20 So Why Try Harder”.

Release is set for March 16; pre-order the 20th-anniversary reissue at fatboy-slim.lnk.to/storeID.

Fatboy Slim released his most recent full-length album, “Palookaville”, in 2004, and in 2010 he collaborated with David Byrne on the concept album “Here Lies Love”, which was adapted as a stage musical.

He’s got a number of live shows lined up in the coming months, including festival appearances in the United Kingdom and Europe. JB

Smashing Pumpkins reunited? 5 key tracks from the band’s back catalog