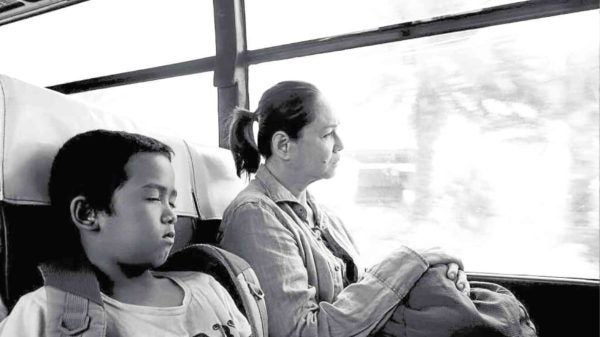 Apart from Berlin, the Filipino film is also showing in other German cities like Cologne, Dresden, Düsseldorf, Frankfurt, Hannover, Leipzig, Munich and Nuremberg.

The website of the Hamburg International Film Festival, where “Humayo” was shown two years ago, commends Diaz for “creating a visually overwhelming, archaic and deeply human drama about guilt and solidarity, absolution and revenge.”

Early reviews from German media outlets have been encouraging.

Die Zeit’s Katja Nicodemus calls it “a story of survival, a look at society, its violence and crime, and at the same time an über film that puts the means of cinema in the direction of poetic freedom.”

Süddeutsche Zeitung points out: “With [this film], Diaz has created a lesson, a commitment to didactic simplicity.”

Leweke relates: “The quiet attitudes of the Filipino director develop a pull…a surprising presence that makes us forget our own time.”

The reviewer asserts that Diaz’s valiant heroine (played by Charo Santos-Concio) is “a woman whose family, loved ones and life have been destroyed by decadeslong imprisonment, but [still refuses] to be deprived of her humanity.”

According to Lenke, Diaz is a “time-teller…in the concrete sense. The viewer discovers an insecure, torn country that wants to breathe again after the dictatorship of Ferdinand Marcos. But corruption…is omnipresent.”

Lenke remarks that Diaz “combines the history of violence in the Philippines with an empathic, investigative look at people and their life stories.”

This month, Diaz’s latest film, the martial law rock musical, “Ang Panahon ng Halimaw” (Season of the Devil), is also competing in the main section of the Berlinale, ongoing until Feb. 25.