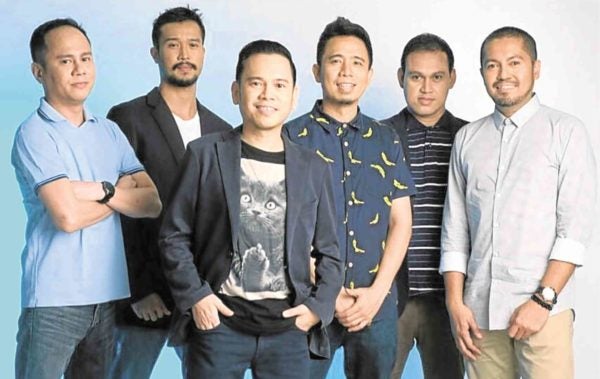 According to Royce Roy (a common friend of mine and TF), last November, Fil-Am Mikey Pendon, aka DJ Jester, sent him a message asking if TF would be interested to cover a new song for their coming album.

When Royce told TF vocalist Medwin Marfil about it, the latter couldn’t believe that MGMT wanted the group since it is an alternative rock band, while TF performs mostly pop songs and ballads.

Last month, director Joey Frank of Pioneer Works New York arrived in Manila to oversee the shoot of the music video. The song, titled “Me and Michael,” is one of the cuts in MGMT’s new album, “Little Dark Age,” released on Feb. 9 under Columbia Records.

Medwin translated it to Taglish, “Ako at si Michael.” The music video serves as both bands’ crusade against plagiarism. A week after its release, the “Me and Michael” music video has already garnered 760,000 views (check it out: https://youtu.be/OTHHeIAYfuU and https://youtu.be/_zK_m6EgVSQ).

Even a French site, chartsinfrance.net, featured TF and MGMT’s project, describing it as “magique” (magical).

Bravo to my good friends in True Faith and their manager Andy Barce for outdoing themselves. They give OPM a good name. TF’s songs serve as the official soundtrack of my la vida loca. Keep it true, keep the faith. Rock on!