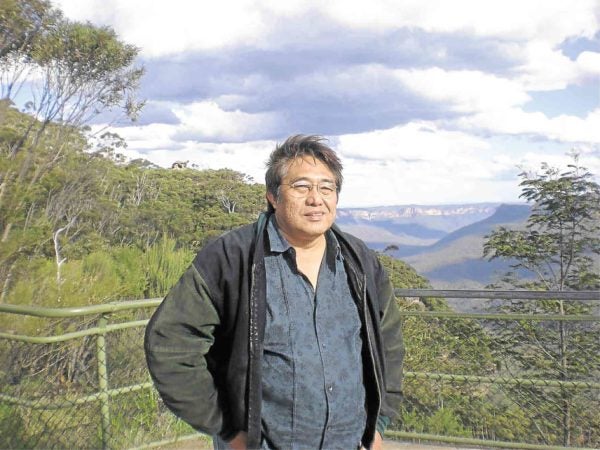 Ongoing tributes to the recently departed filmmaker, Maryo J. delos Reyes, have reminded viewers of his early movies—and the reminder, in turn, has made film buffs realize the importance and significance of cinematic artists’ first films as key indicators of their cumulative career arc.

Maryo’s case is a great example of this predicative and “predictive” thrust, because he began his full-length filmmaking career with a bang, by way of the “syndrome” movie, “High School Circa ’65” (1979).

The seminal and “inseminating” film was a particularly strong and telling debut, because it was so difficult to make.

Unlike many movies that involve mainly just a couple of protagonists, with perhaps one or two antagonists or “complicators” thrown in for good measure, a syndrome film involves an entire group, neighborhood or community of players.

In the case of “Circa ’65,” the syndrome was an entire school, some students and faculty members of which were shown interacting with each other over a period of time, to eventually arrive at telling insights into youth, love and life.

The difficulty lies in keeping focused tabs on all those issues and concerns, making sure that they’re given adequate attention and development—or else the entire cinematic construct could come crashing down, like a flimsy and ungainly house of cards.

This is a dodgy balancing act to sustain, particularly if the filmmaker is young and untested—but Delos Reyes passed the rigorous test with flying colors.

We cited his exceptional promise and achievement at the time, underscoring the fact that it figured well for his unfolding career.

True enough, Maryo followed up with some other noteworthy movies: “Gabun” was too arty for us, but “Annie Batungbakal,” with Nora Aunor topbilling and letting her hair down was a blast!

With that rocking romp, Maryo buttressed his youth advantage—which he beefed up with other trendy rockers.

Maryo hit his second career high point in 1984, when he filmed “Bagets,” another (smaller) syndrome film that focused on a barkada of fast friends, topbilled by Aga Muhlach.

Not only did the teen flick propel Aga to a stellar, decades-long career as the country’s best film actor, but it also empathetically summed up an entire generation’s yearnings and fumblings, with trendy yet telling truth. The filmmaker himself was still young, after all.

Subsequently, Maryo went into young adult and adult melodramas like “Sinungaling Mong Puso,” with some success but reduced significance—until he hit his “quality” stride once more with “Magnifico” (2003).

The small yet fulsomely heartfelt movie reminded viewers of Maryo’s innate artistry and sensitivity, which were occasionally sidetracked and upstaged by more commercial and melodramatic concerns—but remained at the core of his impulse for filmmaking.

Most recently, in 2016, Maryo made “The Unmarried Wife,” with Dingdong Dantes, Angelica Panganiban, Paulo Avelino and Maricar Reyes topbilling—a creditable exit film for him.

But, Maryo’s abiding legacy could be the ToFarm Film Festival for agricultural dramas that he put up and supported before he passed on.

So, it should be made an annual event and advocacy, to remind everyone not just of the need to uphold the welfare and the rights of farmers, but also of the cinematic achievements of its main proponent and advocate.