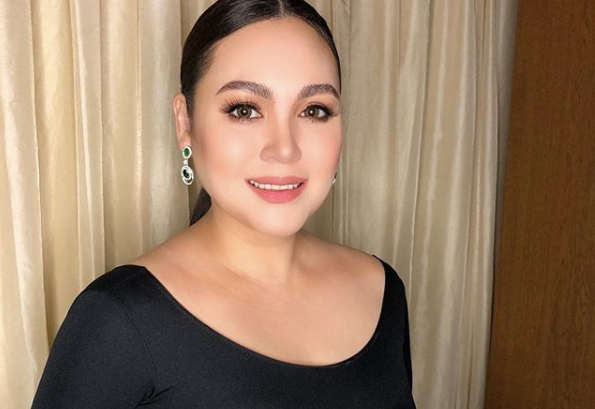 Actress Claudine Barretto did not hold back her disappointment over the rude treatment she got from the staff of a gasoline station.

On Instagram, Barretto shared her experience on Thursday when she, her 2-year-old daughter Savannah and friend and fellow actress Ryza Cenon were on their way to grab dinner. Before they did, they stopped by a gas station in Libis, Quezon City, to fill up the tank.

Apparently, her driver kept saying to the gasoline boy to get the unleaded gas. Instead, the service crew filled the car with diesel.

She then turned defensive like any mother would, saying, “If anything happens to my Savannah, I will hold [you] responsible.”

Barretto warned that her car was equipped with a dash cam that had recorded the incident from inside and out her van. “So you cannot deny this,” she added.

@petroncorporation PETRON LIBIS BESIDE PADRE PIO.iam Deeply disappointed po with your service! Last night i was with my 2year old daughter & Ms.Ryza Cenon we had to gas up coz we were going to have dinner right across PETRON GASOLINE STATION.before gasing up my driver kept saying UNLEADED.but instead d nakininig ang gasoline Boy he PUT DIESEL INSTEAD OF UNLEADED.he was mad when my driver told him bakit diesel ang linagay mo.instead of saying sorry pabalang sya sumagot. Pati ang ibang staff. If anything happened to my Savannah i will hold u responsible. Also to remind you that we have a dash cam that recorded everything inside and out of my van. So u cannot deny this. I hope u can do something about this Petron. Thank you & Godbless-CLAUDINE BARRETTO @iamryzacenon @marisol0125

Ending her post, she wished the gasoline station would do something about its staff and said her thanks.

Some of her followers sided with Barretto and shared their own experience of poor service, and even lambasted the gasoline station staff.

Not letting the incident ruin their night, Barretto posted some photos of her “Korean night with my baby girl” Cenon, which showed them donned in traditional hanboks.

Previously, Barretto was seen meeting with Viva Entertainment head Vic del Rosario and her ex, Mark Anthony Fernandez. This fueled speculations that there are talks for a possible project together. /ra

Read Next
LA police send Weinstein sex assault cases to prosecutors
EDITORS' PICK
What to watch out for when selecting a video surveillance solution
House energy committee chair Arroyo bats for cheap electricity
DOH says COVID-19 cases plateauing, but public shouldn’t be ‘complacent’
23,000 cops to be deployed nationwide for school reopening
Look Through: The fate of impounded stray dogs
Unleash the photographer in you this World Photography Day with vivo smartphones
MOST READ
Sharon Cuneta asks for prayers for friend in ICU who suffered silent stroke
Light therapy could be the answer to your sleep problems
Korina Sanchez reunites with former ABS-CBN co-anchors Julius Babao, Cheryl Cosim
PBA: San Miguel ousts Meralco to arrange finals duel vs TNT
Follow @KHallareINQ on Twitter
Don't miss out on the latest news and information.