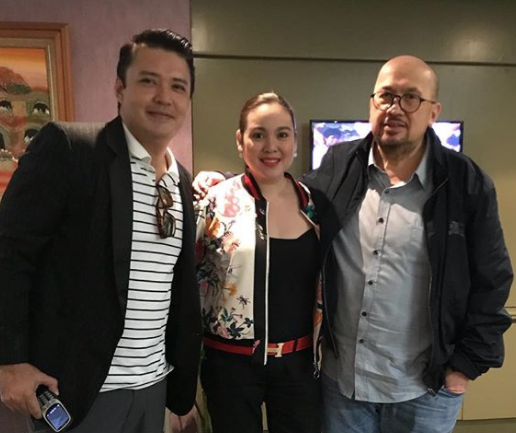 Ex-lovers Mark Anthony Fernandez and Claudine Barretto got together again as they met with the bosses of Viva Entertainment.

In a recent Instagram post by the actress, she uploaded a photo of her side by side with the actor together with esteemed executives Vic Del Rosario and his children Vincent del Rosario and Veronique del Rosario-Corpuz.

Is Viva is cooking up a reunion project for the two?

No further details were revealed, but fans will surely be thrilled to see the two together again and are hopeful this will be the start of their TV/movie reunion. The post was captioned, “So happy for you Mark!”

So happy for you Mark!😀

The actor had to stop showbiz for almost a year following his arrest due to alleged drug use.

He was arrested by the police due to possession of one kilo of suspected marijuana found in his car.

Before the year ended, he was able to taste freedom once more as the charges against him were dismissed.