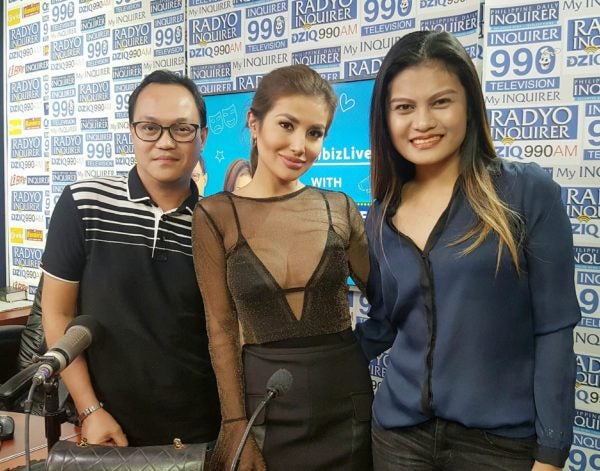 From a teeny bopper young star formerly known as Princess Snell, she resurrected her acting career as the fierce sexy actress Nathalie Hart who’s ready to take on anything. But just as she fearlessly took on and bared her all in a few films, she reveals that doing such scenes is an emotional struggle and each time just gets her in a bad mood.

She also admitted that there were times she felt violated doing such scenes.

“Of course but I’m not gonna say that. Sometimes I feel like I’m kind of violated because of those scenes but whenever I do it, I’m in a very bad mood like I’m really mad. I don’t wanna talk to anyone,” she said at her recent guesting on Inquirer ShowbizLive last Wednesday, February 7.

She recalled her hardships and the emotional struggles she had to put up with just to do such physically demanding scenes.

She even admitted that when she watches her films, she just wants to omit the part where she bares it all.

“But I’ve done it, I’m proud of it, nakatrabaho ko ‘yung mga tao that’s it. But for me, it’s just work. What’s done is done, I’m proud of it at least may mapapakita naman ako, it’s good as well.”

However, much as she’s praised for her courage and acting performance, she also intends to graduate from such genre and wants to be known as a great actress.

“But I’m not gonna do it forever, for now I’m accepting these kinds of characters for a short time and then let’s see it from there. I wanna grow as an actress too, I don’t want to like ‘yun lang ang mabibigay ko.”

After bagging the Best Actress trophy at the International Manhattan Film Festival in New York for her critically-acclaimed movie “Siphayo” and having filmed a few more indie movies, Nathalie is jumping out in the open cinema via her first mainstream starring film “Sin Island” together with Coleen Garcia and Xian Lim.

Watch full episode on the link below: