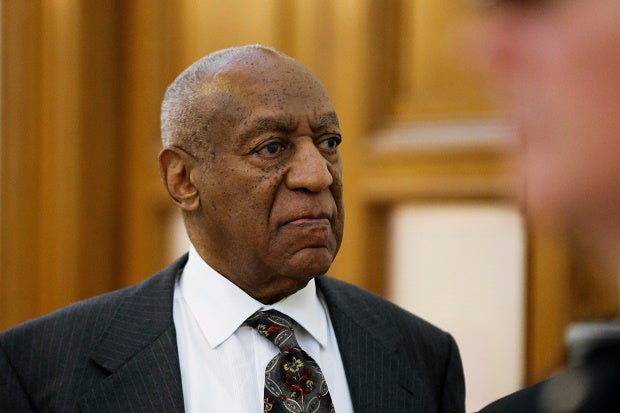 PHILADELPHIA (AP) — Bill Cosby’s lawyers said Tuesday that they would seek to delay his April 2 sexual assault retrial if some of his other accusers are given a chance to testify.

The 80-year-old entertainer’s legal team raised the prospect of postponing the retrial in court papers that opposed a prosecution bid to let jurors hear from up to 19 other women who say Cosby drugged and molested them.

Cosby’s lawyers argued they would need extra time to look into the women’s allegations if any of them were permitted to testify.

Some of the allegations date to the 1960s, the lawyers wrote, and are “virtually impossible to defend against” now that memories have faded, some witnesses are dead and evidence is long gone.

“Developing a defense to any of these outdated claims will require unusual amounts of investigative effort that cannot be completed by the present trial date,” the lawyers wrote.

Judge Steven O’Neill is expected to rule next month on whether any of the accusers will be allowed to testify at the second trial. Jury selection is slated to begin March 29.

Prosecutors are counting on other accusers testifying to show that an alleged assault in 2004 that led to Cosby’s only criminal charges was part of a five-decade pattern of drugging and harming women.

Cosby has pleaded not guilty to charges he drugged and molested former Temple University women’s basketball official Andrea Constand at his suburban Philadelphia home. He remains free on bail.

Prosecutors tried to call as many as 13 other accusers as witnesses at Cosby’s first trial, which ended in a deadlock last June, but O’Neill allowed only one to take the stand.

Kelly Johnson, who worked for Cosby’s agent, testified Cosby knocked her out with a pill during a 1996 meeting at the Bel-Air Hotel. She said she woke up to find her dress disheveled, her breasts exposed and Cosby forcing her to touch his genitals.

For Cosby’s retrial, prosecutors have added six women to the potential witness list, including model Janice Dickinson and a performer who opened for Cosby in Denver in the early 1980s.

Cosby’s lawyers argued that the other accusers’ largely unsubstantiated accusations aren’t enough to meet the strict legal standard for letting prosecutors present evidence of a defendant’s prior bad conduct.

They argued that allowing the women to take the witness stand would force the jury make separate determinations about whether Cosby harmed them, devolving his retrial into a series of mini-trials.

The Associated Press does not typically identify people who say they are victims of sexual assault unless they grant permission, which Constand, Johnson and Dickinson have done. NVG