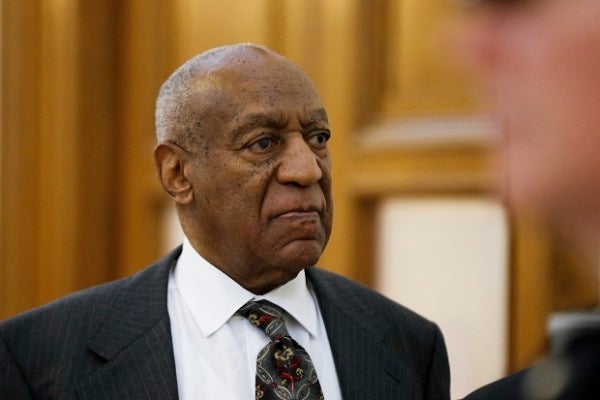 BOSTON (AP) — A federal appeals court won’t rehear a defamation lawsuit filed against Bill Cosby by a woman who said he raped her decades ago.

The 1st U.S. Circuit Court of Appeals recently denied Kathrine McKee’s request for a full-court hearing. A three-judge panel of the court had ruled against her in October.

The former actress said Cosby defamed her in a letter his lawyer sent to the New York Daily News demanding a retraction of a story about McKee’s allegations. Cosby’s lawyers said the letter was protected by the First Amendment.

McKee was among dozens of women who went public with allegations against Cosby. Cosby has denied all allegations of wrongdoing.

A separate defamation lawsuit filed by seven other women is also pending in Massachusetts, where Cosby owns a home. NVG

Why few women of color in wave of sexual abuse accusers? ‘Stakes higher’

Post-Weinstein, Lauer: A reckoning for fans of fallen heroes

ADVERTISEMENT
Read Next
WATCH: Judy Ann Santos teaches daughter Luna how to work out in the gym
EDITORS' PICK
Get exciting deals and discounts when you download the new McDonald’s App
SM continues to send relief assistance to remote towns in Batangas
DOH warns vs eating raw meat, exotic animals amid coronavirus outbreak
‘House of Kobe’ launched in Valenzuela City hours before hoops star’s death
4 Ways Jollibee’s new store will serve a leveled-up kind of joy to Filipinos in the South
In appreciation: Kobe Bryant, a life defined by hard work
MOST READ
Kobe Bryant’s helicopter flew in fog that grounded other choppers
College baseball coach, wife and daughter die in crash that killed Kobe
3 Chinese admitted to San Lazaro Hospital after showing signs of flu
Afghan passenger plane crashes in Taliban-held eastern area
Don't miss out on the latest news and information.