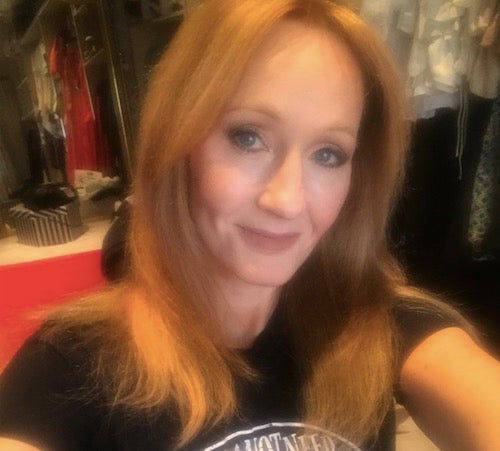 “Harry Potter” author J.K. Rowling has voiced her opinion regarding fans being disappointed that Dumbledore’s sexuality would not be explored in detail for the upcoming movie sequel, “Fantastic Beasts: The Crimes of Grindelwald”.

Rowling posted a response via her official Twitter page, to address the negative tweets regarding the topic of Dumbledore’s sexuality in the movie.

She wrote, “Being sent abuse about an interview that didn’t involve me, about a screenplay I wrote but which none of the angry people have read, which is part of a five-movie series that’s only one installment in, is obviously tons of fun, but you know what’s even *more* fun? [Mute GIF]” 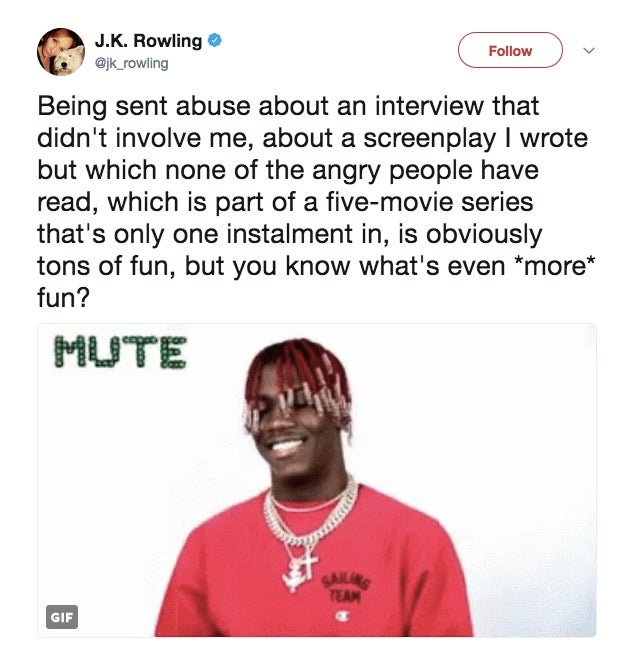 According to Entertainment Weekly, director David Yates said the movie would not “explicitly” say that Dumbledore was gay.

He then added, “He’s [Dumbledore] a maverick and a rebel and he’s an inspiring teacher at Hogwarts. He’s witty and has a bit of edge. He’s not this elder statesman. He’s a really kinetic guy. And opposite Johnny Depp as Grindelwald, they make an incredible pairing.”

However, the idea of Dubledore’s sexuality not being explored in the upcoming sequel disappointed some fans. They then went on social media to vent their opinions, as in the case of Twitter user @JillPantozzi:

Given that “Fantastic Beasts” has been written to be a five-part movie series, there’s still room to flesh out Dumbledore’s story and his relationship with Grindelwald, as one fan, @SimonSFranklin, replied to Rowling’s tweet. Alfred Bayle/JB