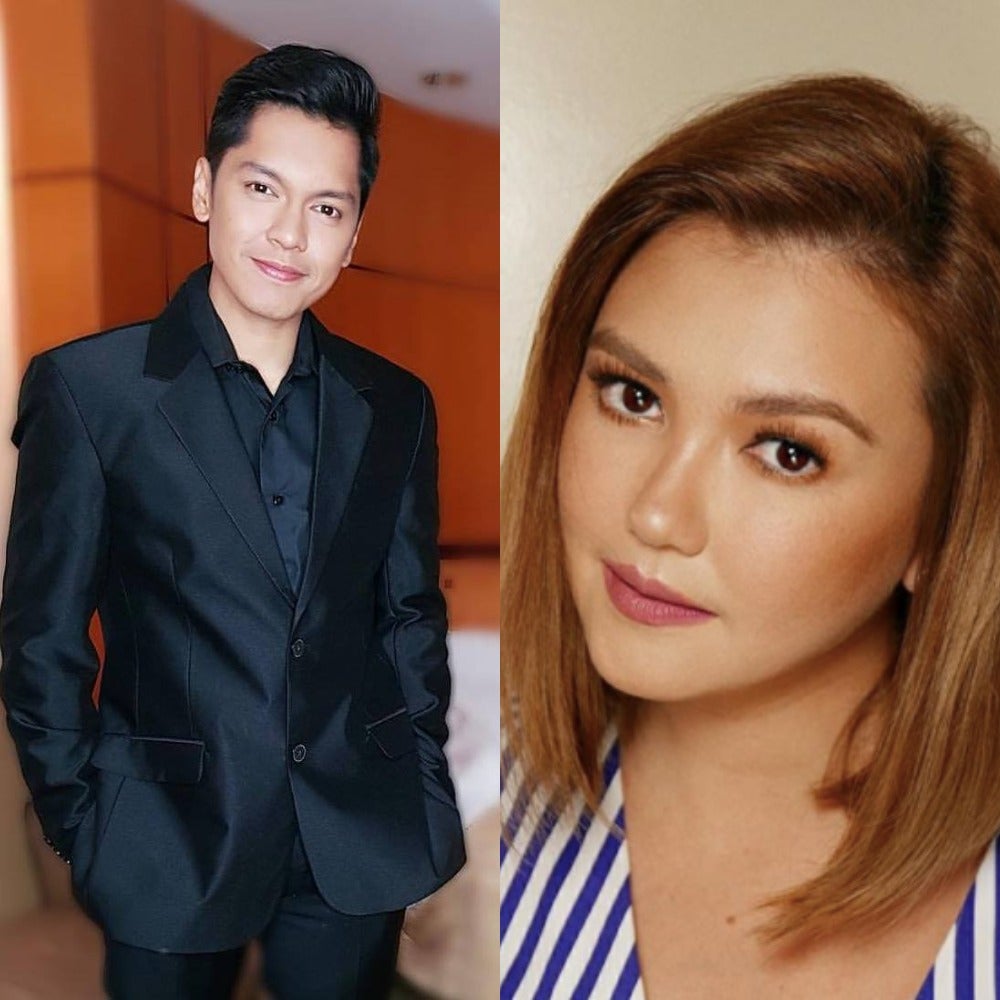 It looks like Carlo Aquino and Angelica Panganiban are indeed slowly reconnecting, but this time, in a playful manner. Nevertheless, fans can’t help but indulge in their kilig about the ex-lovers.

Panganiban, being her usual funny self, wrote on her Twitter page last Tuesday: “Wala kayo sa EX ko.” (You can’t compare to my ex!). She did so as she shared a link to an ABS-CBN publications website. 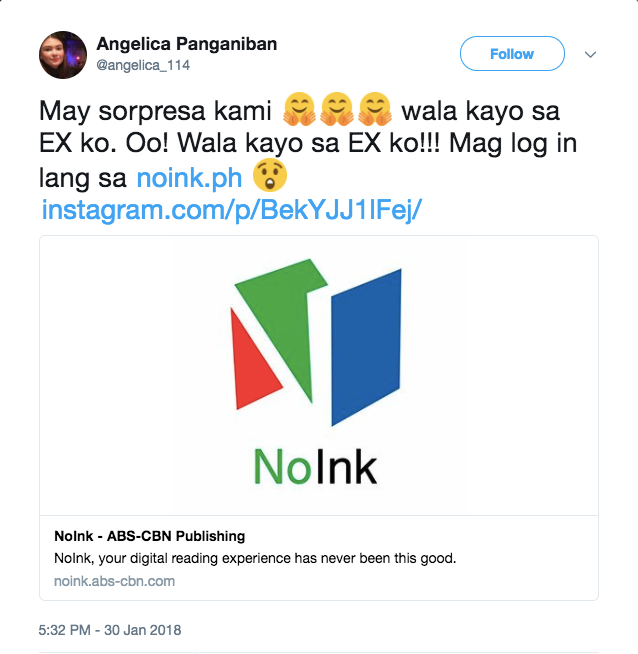 She had a similar “ex”-related post on her Instagram page, where she wrote: “Talagang wala kayo sa ex ko kasi ang galing niyang artist. Sa sobrang galing niya ha, eto, nai-drawing niya ang relasyon namin!” (You really can’t compare to my ex because he’s a good artist. He’s so good, he made a drawing of our relationship!)

From out of the blue, one of the actress’ former sweethearts, actor Carlo Aquino, jumped in on the fun by asking, “Ah… uuhhmm sinong Ex?” (Ah…. uhm who’s the ex?)

Not holding back, Panganiban replied to him with a dash of hugot, “Haha! Sige, ikaw.” (Haha! Okay, it’s you.)

This excited the fans of the two, and once again had their hopes up that the ex-lovers might just give their past relationship a second chance.

The two have been recently linked after Panganiban admitted that she was open to the idea of having dinner with Aquino. Fans’ expectations were all the more raised when the actress posted an Instagram Story showing that she received a bouquet of flowers from a mystery man. Aquino has denied that he was the one who made the kind gesture. He has also told previous reports that another romantic relationship may be too soon, considering that he has just recently broken up with girlfriend Kristine Nieto. JB