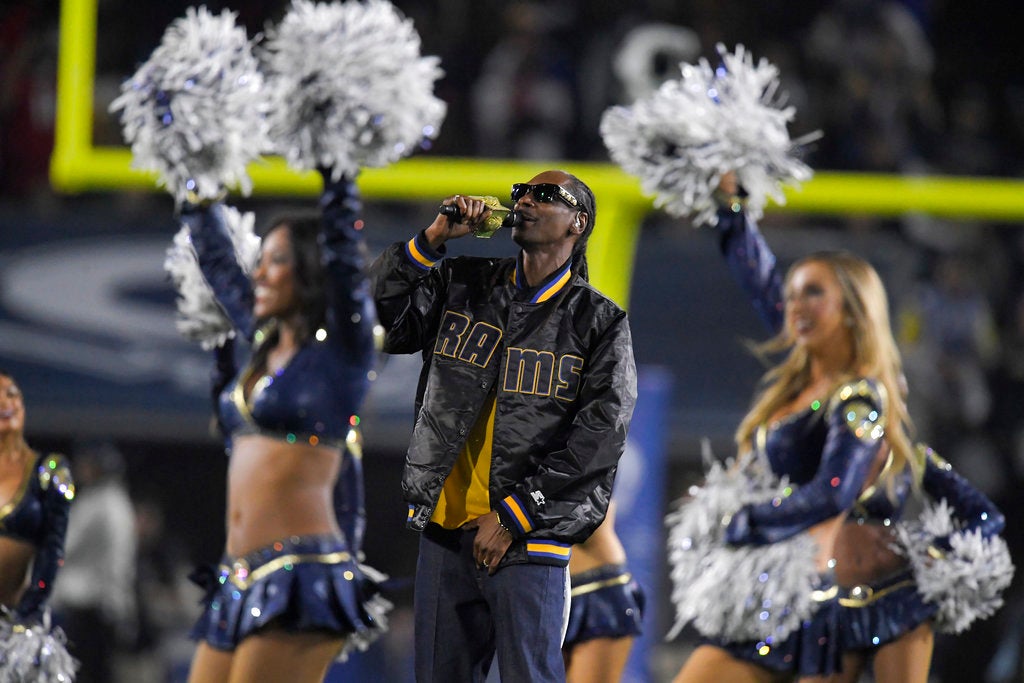 FILE – In this Jan. 6, 2018, file photo, Snoop Dogg performs with the Los Angeles Rams cheerleaders during halftime of an NFL football wild-card playoff game against the Atlanta Falcons in Los Angeles. The rapper, who is working on a gospel album, will headline BET’s annual pre-Super Bowl gospel concert and the Playboy party in a busy week also featuring performances by Jennifer Lopez, Pink, Cardi B and the Chainsmokers. (AP Photo/Mark J. Terrill, File)

The busy week also features performances by Jennifer Lopez, Pink, Cardi B and the Chainsmokers. Super Bowl 52 will take place Sunday at the U.S. Bank Stadium in Minnesota, where the Philadelphia Eagles will take on the New England Patriots.

The biggest of the stars, though, is Justin Timberlake: Before he headlines the halftime show, he will hold a listening party Thursday at Paisley Park for his new album, “Man of the Woods,” to be released Friday.

Pink will also play double duty: She will sing the National Anthem before the Big Game, and will perform a concert Friday night at Nomadic Live! at The Armory.

Friday’s events include a Rolling Stone magazine party with Migos, 21 Savage and T-Pain; Ellie Goulding and Kygo at Mystic Lake; and Golden Globe-nominated “Insecure” actress Issa Rae speaking at the NFL’s third “In the Huddle” Women’s Summit For Young Women.

Kelly Clarkson and Sheila E. will perform concerts ahead of the Super Bowl on Sunday, while Diddy, DJ Khaled, French Montana, Cardi B, G-Eazy and Busta Rhymes will perform at the first annual Players Ball Extravaganza after the game. MKH

The Patriots and Eagles will square off in Super Bowl 52