Actors Gladys Reyes and Christopher Roxas celebrated their 14th wedding anniversary, and their silver anniversary of being a couple, by renewing their vows yesterday, Jan. 23, in Tagaytay City.

The two have been together for 25 years, first meeting on the set of the TV drama series “Mara Clara” in 1992, where Reyes played the role of Clara.

It was actress Judy Ann Santos who first shared photos of the glowing Reyes on the way to the ceremony. Santos starred alongside Reyes in “Mara Clara” as Mara, and was a witness to the love that bloomed between Reyes and Roxas.

(This is it. These two truly represent relationship goals! Congratulations, Clara and Eric. I was a witness to your fervent love, starting when we were kids and until now that we have our own kids.)

Reyes and Roxas are each other’s first love. 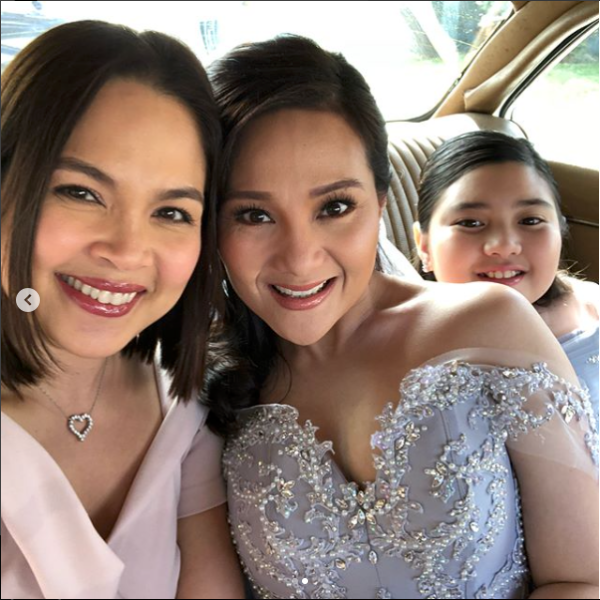 The couple married on January 23, 2004 at the Iglesia Ni Cristo Central Temple in Tandang Sora, Quezon City. Fernwood Gardens, also in Quezon City, was where they held their reception.

This time, the couple held their renewal of vows at the Iglesia Ni Cristo locale of Tagaytay, and had their reception in Fernwoods Tagytay. The celebration was organized by Events By Miss P, who also shared photos of the couple yesterday. 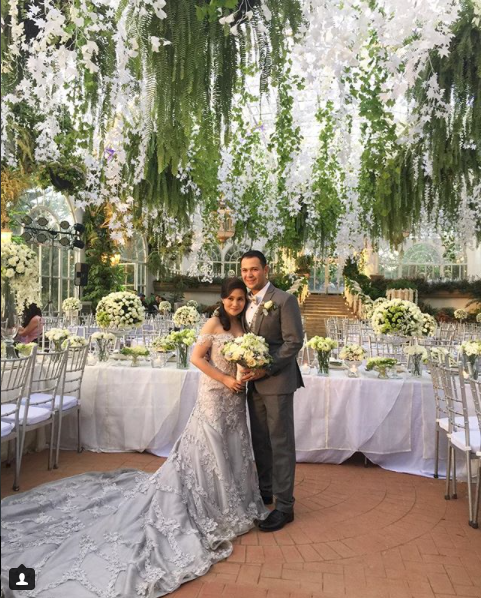 Reyes wore a soft lilac off-shoulder gown adorned with beads and lace, with a long train. The number was designed by Zandra Lim-Imasa. The renewal of vows was not absent of its special guests, of course. In Instagram, @rosegarciafab shared a photo of the brood. Pictured with Reyes and Roxas are their children Christophe, Aquisha, Grant and Gavin Cale. 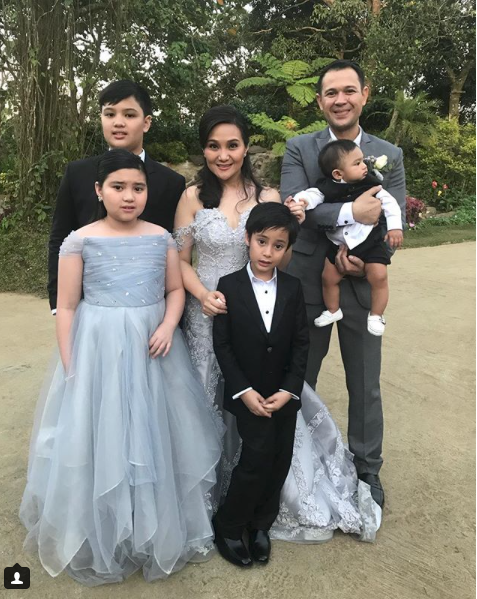 Among the other guests were singer Jaya, with husband Gary Gotidoc and their three children. 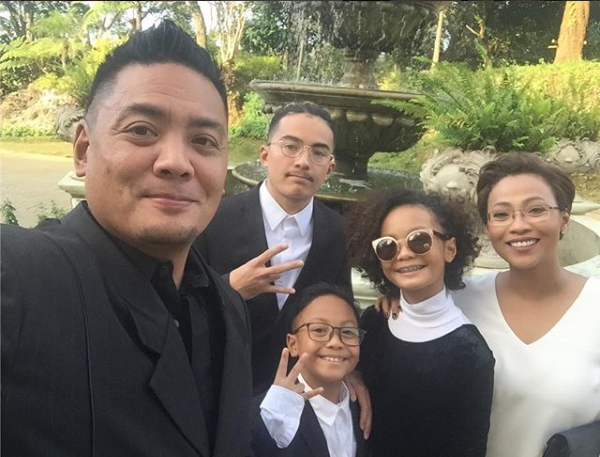 Actress Jolina Magdangal also attended, along with hubby Mark Escueta and son Pele. Magdangal is pregnant with their second baby. 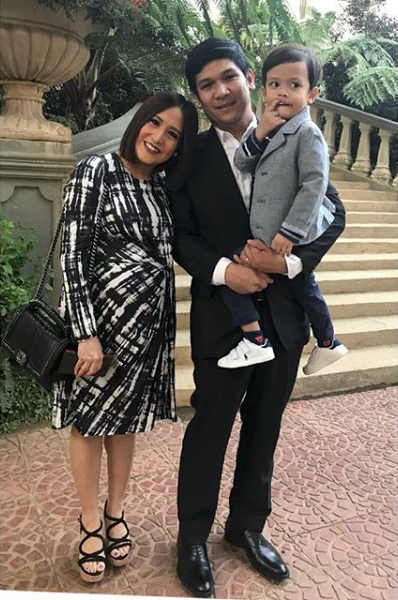 Claudine Barretto was not to be missed as well, who was one of Reyes’ original bridesmaids in her 2004 wedding. Actress Sherilyn Tan also made it, accompanied by son Hashtags member Ryle Santiago.

Singers Martin Nievera and Regine Velasquez were also present, as shown in photos posted by Barretto and Velasquez, respectively. Asia’s Songbird even took the time to goof off with Pele, son of Magdangal and Esqueta. 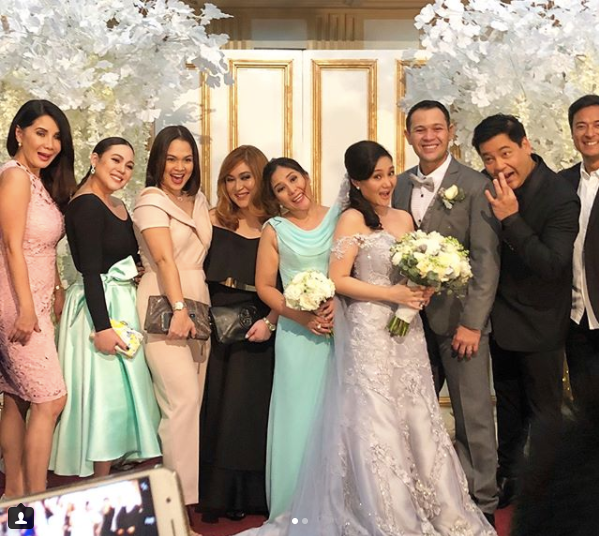 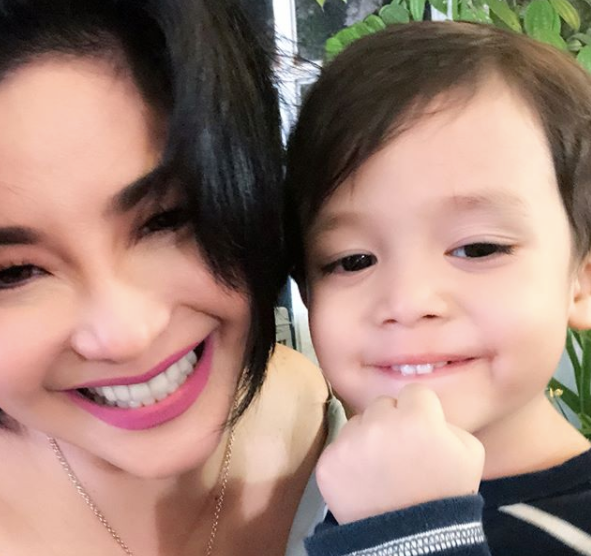 While Reyes and Roxas’ guests handled the publicity in their own hands, Reyes chose to be mum and low-key about their special day. On her Instagram, Reyes opted to forego posting pictures of their splendid affair.

Instead, Reyes shared a picture of herself with her husband having an intimate and casual dinner while musicians serenaded them in the background. JB 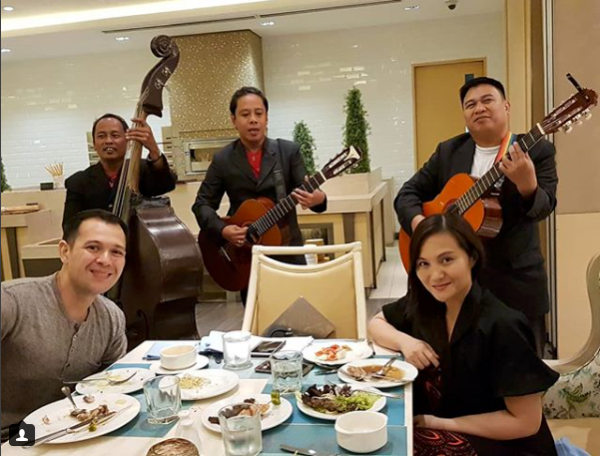 ‘Smaller and Smaller Circles’ is stunning on the screen