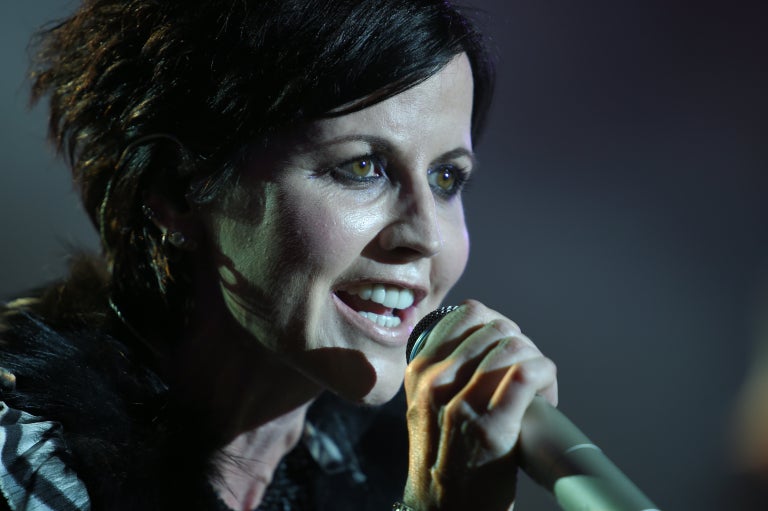 Thousands of people lined up in the Irish city of Limerick Sunday to pay respects to Cranberries singer Dolores O’Riordan, who died suddenly in London last Monday, local media reported.

O’Riordan’s mother, as well as her five brothers and sister, accompanied the coffin holding her body into St. Joseph’s Church in the city, in Ireland’s southwest, according to the RTE national broadcaster.

Footage of the crowds showed mourners braving adverse weather and sheltering under umbrellas as they queued to enter the church and file past the open coffin.

The 46-year-old frontwoman of the multimillion selling Irish rock band was found dead in a London hotel on Monday.

Her private funeral, which will be attended by around 200 family members and friends, will take place in the Church of Saint Ailbe, in Ballybricken just outside Limerick, on Tuesday, the church said.

Following her death, Irish Prime Minister Leo Varadkar was among the first to pay tributes, calling O’Riordan “the voice of a generation.”

London coroner Stephen Earl said Friday that he was awaiting test results following a post-mortem, with a full inquest set for April 3, although her death is not being treated as suspicious.

The Cranberries achieved international success in the 1990s with their debut album “Everyone Else is Doing it, So Why Can’t We?”, which included the hit single “Linger”.

The follow-up album gave rise to politically-charged single “Zombie”, an angry response to the deadly Northern Ireland conflict, which hit number one across Europe. The band sold around 40 million records worldwide.

O’Riordan was in London to record a version of “Zombie” with the hard rock band Bad Wolves, the group said on Tuesday.

The Cranberries’ greatest hits collection “Stars: The Best Of 1992-2002” has hit number 16 on Britain’s album chart, higher than when it was released in 2002. JB