Music festivals for the season ahead: Lollapalooza, Laneway, Rock the Pistes, and more 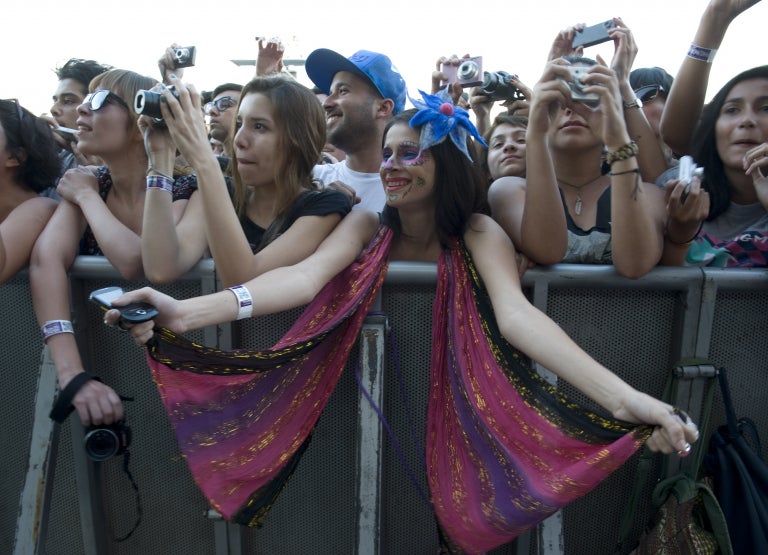 For many, “festival season” is a full half-year away, when summer descends on the Northern Hemisphere and music fans head outdoors. Elsewhere, though, it is in full swing. We round up some diverse outdoor music festivals happening in the coming months, whether in year-round warm climates, ski areas or Southern Hemisphere destinations.

The Southern Hemisphere is enjoying summer festival season as we speak. From Jan. 27 to Feb. 10, one such festival, Laneway, will travel to seven destinations, from Singapore on to five Australian cities plus Auckland. The War on Drugs, Wolf Alice and Father John Misty all play the indie-centric program. lanewayfestival.com

Florida is home to many late-winter and early-spring festivals, but Okeechobee is a more off-the-beaten-path option, inviting music and art lovers to the wilderness from March 1 to 4, just as the weather begins warming up,  to see acts including Arcade Fire, Khalid, Travis Scott, Halsey and the Flaming Lips. okeechobeefest.com

Bahidorá
Called a carnival, Bahidorá (Feb. 17 to 18) is notable for its idyllic location, in Las Estacas nature park about two hours outside Mexico City. In between sets by internationals acts such as Kamasi Washington, Ariel Pink and DJ Scratch, visitors can dive, snorkel, kayak and raft in the park’s pristine waters. bahidora.com/en

One of many ski resort-based festivals, Rock the Pistes (March 18 to 24) is an especially sporty one: a free gathering, it is held on slopes across Portes du Soleil region straddling France and Switzerland, with festival-goers skiing from one location to the next. Snowboxx is held concurrently in the area and will this year feature Fatboy Slim, Loyle Carner and Mike Spinner. en.rockthepistes.com/www.snowboxx.com

There’s something for everyone on the musical festival cruise circuit, from rock to EDM to jambands. Billing itself as the world’s largest floating dance music festival, Groove Cruise will take revelers from Miami to the Bahamas Jan. 26 to 29 as they groove to the sounds of Cosmic Gate, Dada Life and more. www.groovecruise.com/en/miami

Every February, the island of Zanzibar hosts a well-loved festival featuring artists from across the continent, performing on several outdoor stages. This year’s edition runs Feb. 8 to 11 and will present 46 shows on three stages, while offering fringe activities across the island. www.busaramusic.org

Lollapalooza hits three South American destinations in March, five months before the original edition arrives in Chicago. March 16 to 18 in Argentina and Chile and a week later in Brazil, music fans will rock out to Pearl Jam, the Killers, Red Hot Chili Peppers, Lana Del Rey, LCD Soundsystem and Chance the Rapper, among many more. global.lollapalooza.com JB

Foster The People is coming to Manila for their Sacred Hearts Club Tour on January 26, 2018

Read Next
LOOK: James Reid and Nadine Lustre master ‘the art of deadma’
EDITORS' PICK
Unleash the photographer in you this World Photography Day with vivo smartphones
Look Through: The fate of impounded stray dogs
DOH says COVID-19 cases plateauing, but public shouldn’t be ‘complacent’
What to watch out for when selecting a video surveillance solution
23,000 cops to be deployed nationwide for school reopening
House energy committee chair Arroyo bats for cheap electricity
MOST READ
Sharon Cuneta asks for prayers for friend in ICU who suffered silent stroke
Light therapy could be the answer to your sleep problems
Korina Sanchez reunites with former ABS-CBN co-anchors Julius Babao, Cheryl Cosim
PBA: San Miguel ousts Meralco to arrange finals duel vs TNT
Don't miss out on the latest news and information.