‘The Revenger Squad’ now highest-grossing Filipino movie of all time 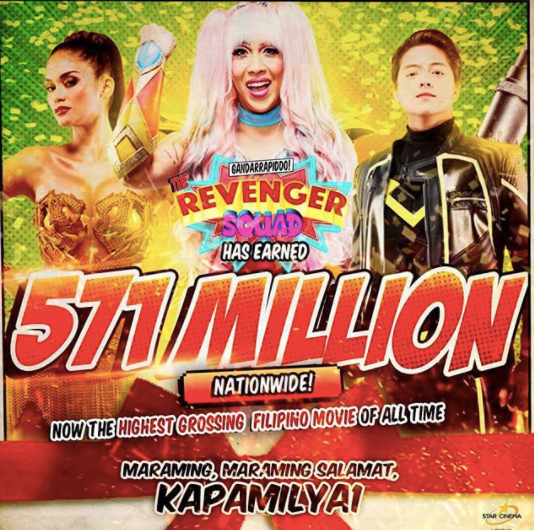 Kapamilya comedian Vice Ganda has yet another victory to celebrate as his Christmas movie “Gandarrapido: The Revenger Squad” now makes it as the highest-grossing Filipino movie of all time.

A little less than a month after its release last Dec. 25, the movie has already earned over P571 million in gross sales as announced by ABS-CBN’s film production unit Star Cinema in an Instagram post. The said record still excludes international screening sales.

The comedian could not thank the moviegoers enough for their continued support for the movie. He also expressed his gratitude to the people behind the production of his latest blockbuster hit. 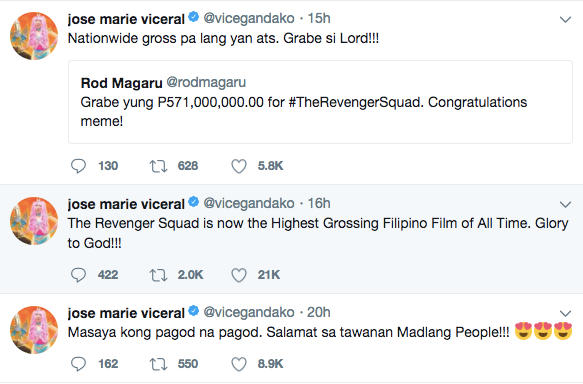 The entire movie production recently held a victory party to celebrate their success.

“Gandarrapido: The Revenger Squad” is an official entry to the 2017 Metro Manila Film Festival.