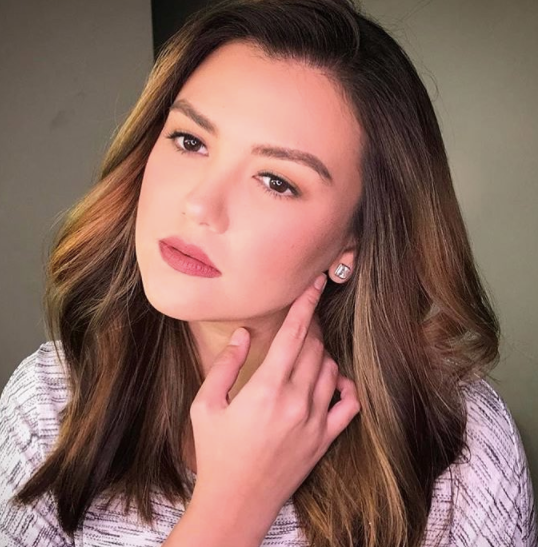 Kapamilya award-winning actress Angelica Panganiban yet again gave a laugh-out moment when she answered if she would accept her role in her latest movie if it were titled “Ang Dalawang Mrs. Cruz.”

Panganiban worked for the first time with Santos in Star Cinema, Quantum Films and IdeaFirst Company’s new year blow out movie. The story revolves around two devoted wives who discover that their husbands are having a secret gay relationship.

As the movie banks on a storyline of betrayal, Panganiban, co-incidentally, again hits the headlines this time over alleged infidelity of ex-boyfriend John Lloyd Cruz with sexy actress Ellen Adarna.

Just as Panganiban does, Cruz also constantly holds a top spot in the controversy department following his recent escapades. In turn, his vacations were eventually followed by a shocking ‘indefinite leave’ from his mother network ABS-CBN.

Now, the public is eager to find out the truth if Cruz has really fathered the rumored child of Adarna.

Now, many eyes are on the three and on the look out for more juicy revelations from each camp.