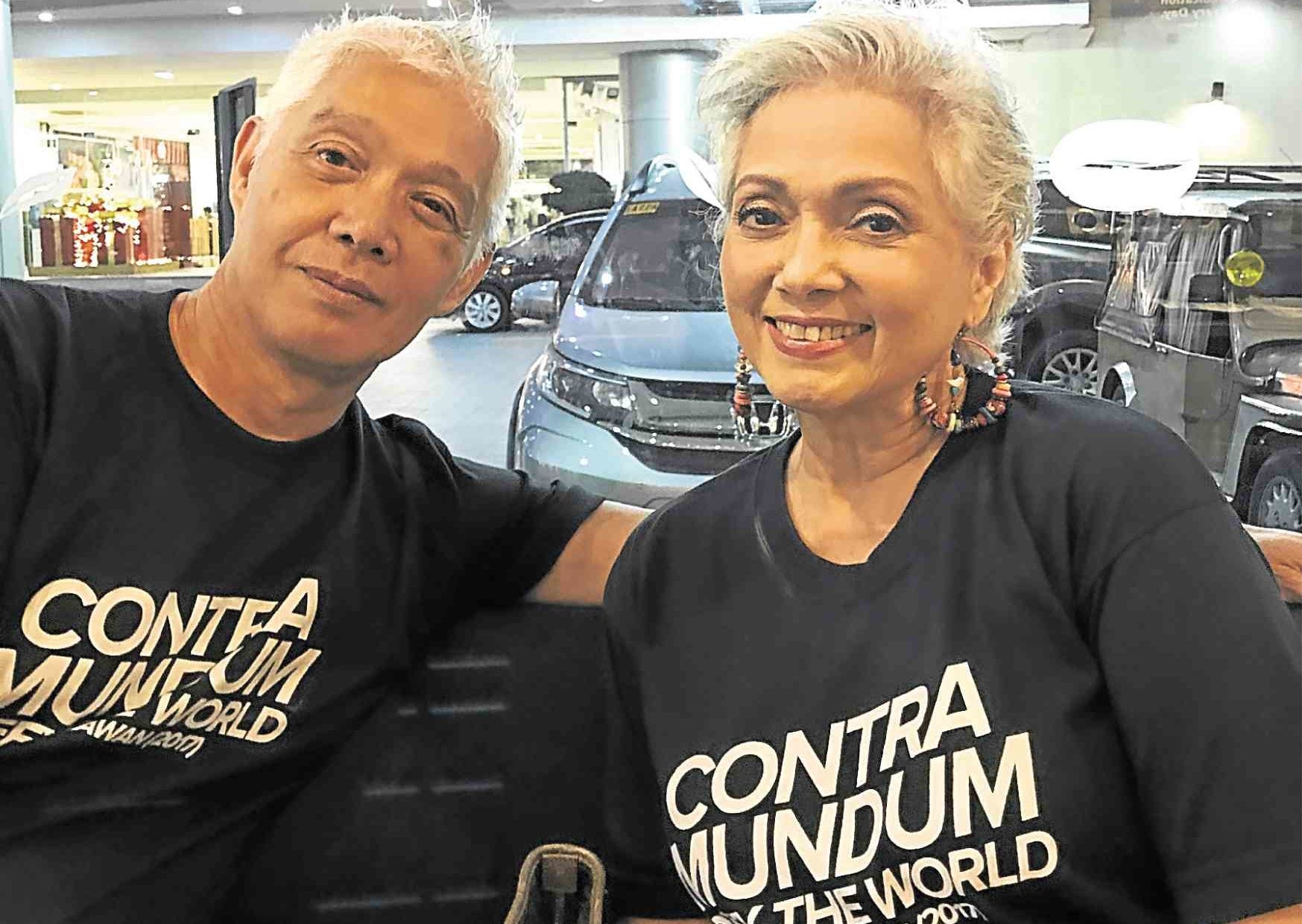 For those who are curious, director Loy Arcenas was on a plane somewhere in South America when his film, “Ang Larawan,” won best picture at the recent Metro Manila Film Festival.

The victory took a while to sink in because Loy had been battling altitude sickness after touring Galapagos Island and Machu Picchu.

The usually calm and collected Loy conceded that the unexpected triumph had given him a slight thrill. “After receiving the text [from producer Alemberg Ang] about the awards, I got excited! I never get hysterical. I thought the high point was the film’s premiere in Tokyo before the MMFF.”

The trouper that he was, Loy wasn’t the type to linger on in the here-and-now and was already moving on to the next big project. “As far as I was concerned, I had already done my job.”

Loy was admittedly intrigued by all the fuss and buzz in media, both traditional and social, and wanted to experience the ‘Larawan’ juggernaut himself.

So the minute he landed in Manila, straight from the airport, Loy visited a moviehouse in Las Piñas with producers Celeste Legaspi and Girlie Rodis. He had to fly home to Cebu the following day, but while there he managed to drop by the Ayala mall.

When he returned to Manila, he joined actors Rachel Alejandro and Sandino Martin in a tour of major cineplexes that had sold-out screenings of the film.

“I went to see for myself the audiences’ reaction,” he recalled. “It was noted that there was a huge jump in attendance figures. But what was surprising was that over 70 percent of the viewers were under 35! And there was the same reaction: The applause, the singing on their way out, people engaged in conversation about what they had just seen.”

Fans even approached him to thank him for the film. “People told us that it was their second or third viewing and that they were urging friends to see it. I am delighted that it has touched many.”

It made Loy wonder. “What was amazing was that people came up with different interpretations that I didn’t anticipate,” he explained. “It was so palpable. There’s a lesson to be learned here by industry insiders: Why are people so affected by the film … in spite of the mistakes, the negativity? Something must be missing in our culture, and it was brought to the fore because of this film. It gave people an unfamiliar view of themselves and their sense of history.”

Millennials embraced a film based on a musical (by Ryan Cayabyab and Rolando Tinio) that was in turn adapted from a play (by Nick Joaquin) about spinster sisters struggling with penury and shame in prewar Intramuros!

Loy said that it had made him realize that young people “know what they want. Social media has given them the voice and the power. It didn’t really answer my question, but does that tell me something about this country’s future? Something hopeful?”

As he had told the Tokyo audience, “Larawan” is the team’s “love letter to Filipinos everywhere.”

Even before Loy could put “Larawan” behind him, he had already plunged into his next adventure: an intense drama entitled “Mirador,” starring the always-intense Cherie Gil.

“I have one more shooting day for ‘Mirador,’” he said.

As he succinctly put it, “Mirador” is miles away from “Larawan.” “It’s not a musical. Cherie plays a psychotic widow who gets obsessed with her philandering husband’s past—particularly, his son with another woman.”

Which leads us to the obvious question: Why is Loy so fascinated with such strong-willed (read: crazy) women as Candida and Paula in “Larawan,” Celia (Fides Cuyugan-Asensio) in “Niño,” and Swanie (Shamaine Buencamino) in “REquieme!”?

He conceded: “Sabagay… Fides and Shamaine were the same way … I really don’t know. The stories just come, then we develop them.”