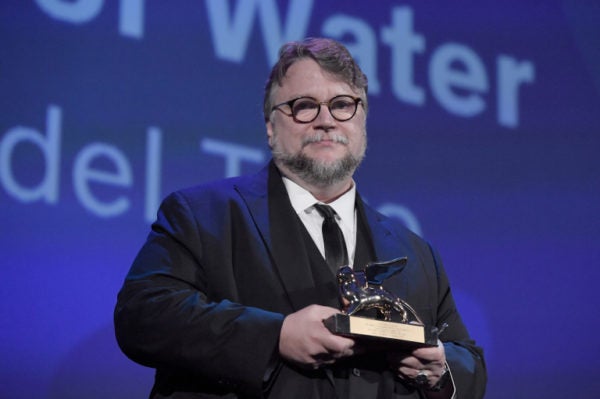 Guillermo del Toro, Christopher Nolan, Greta Gerwig, Jordan Peele and Martin McDonagh have all been nominated for this year’s DGA Awards, issued annually by the Directors Guild of America.

Who will follow Damien Chazelle, crowned in 2017 for musical “La La Land”, to take the DGA prize and get within spitting distance of the Oscar? This year, the Directors Guild has nominated Guillermo del Toro for “The Shape of Water”, Christopher Nolan for “Dunkirk”, Greta Gerwig for “Lady Bird”, Jordan Peele for “Get Out” and Martin McDonagh for “Three Billboards Outside Ebbing, Missouri” for its Outstanding Directorial Achievement in a Feature Film award.

On paper, Guillermo del Toro looks like the hot tip, after recently winning the Golden Globe for Best Director for his romantic fantasy “The Shape of Water”, which also took the Golden Lion at the Venice Film Festival. Greta Gerwig is a rare female nominee for the ceremony, which previously crowned Kathryn Bigelow for “The Hurt Locker” in 2010.

Steven Spielberg, the ceremony’s most celebrated director with three wins and 11 nominations, isn’t in the running this year, his latest movie “The Post” failing to make the list. He was last nominated in 2013 for “Lincoln”.

The DGA Awards are widely known as the most reliable predictor of the winner of the Academy Award for Best Director. Since their creation in 1950, the director crowned by the DGA has usually gone on to take the Oscar. The rule has only failed seven times in 68 years. The last mismatch came in 2012 when Ben Affleck’s “Argo” was snubbed by the Academy, which preferred Ang Lee’s “Life of Pi”.

In 2003, Rob Marshall’s “Chicago” was overlooked in favor of Roman Polanski and “The Pianist” at the Oscars. Two years earlier, the golden gong went to Steven Soderbergh for “Traffic” rather than Ang Lee, who took the DGA award for “Crouching Tiger, Hidden Dragon”. Ron Howard (“Apollo 13”), Steven Spielberg (“The Color Purple”) and Francis Ford Coppola (“The Godfather”) also missed out on the Oscar after victory at the DGA Awards.

The name of this year’s winner will be announced Feb. 3 at the 70th DGA Awards in Los Angeles, a month before the Academy Awards on March 4. JB