What’s next for ‘Larawan?’ 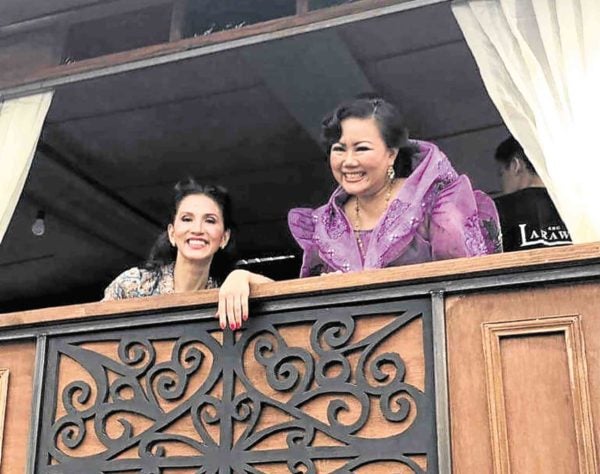 From being the Metro Manila Film Festival’s (MMFF) tailender, Loy Arcenas’ “Ang Larawan” romped away with the best picture prize and recovered some of the theaters it had lost on the second day of the annual event.

By the end of the recent MMFF (on Jan. 7), it was being shown in at least 80 cinemas, reported producer Girlie Rodis. Also in the works are screenings abroad—particularly in the United States starting yesterday.

Actress-producer Celeste Legaspi told the Inquirer: “My dream was to share the words of (librettist) Rolando Tinio with our youth. That we see young Filipinos quoting his words…touched by Don Perico’s song…moved by the plight of Candida and Paula…and sharing their thoughts and feelings on social media every day! It has gone beyond my dream! I am so grateful and happy.”

Veteran singer-actress Dulce remarked: “I am so glad for Celeste (and other producers, of course). Being Celeste’s fan for the longest time, I know for a fact that she always strives for excellence, and it has paid off big-time with ‘Ang Larawan.’”

As bonus, Dulce got to attend the MMFF Parade of Stars with her idol, Celeste.

“The parade was so much fun,” Dulce recalled. “It was my first time. Same with (costar) Menchu (Lauchengco-Yulo), who was so thrilled!”

Yulo related: “I had a blast! I have never experienced anything like that.”

“The people of Muntinlupa were so gracious and welcoming,” Celeste recounted.

Yulo, a stalwart of Philippine theater, said of the film’s unexpected success: “I am ecstatic. It is a triumph as far as I am concerned in its ability to depict our history and art—something we, as Filipinos, should be proud of.”

She explained: “It tells of a forgotten time that nonetheless remains relevant to this day. Ultimately, it is a film about Filipinos’ unceasing integrity, even in times of strife, as much as it is a film about humanity. It is a film that can be screened for future generations, so that they will never forget who we are as a people and what we stand for.”

Will “Ang Larawan” lead to more musicals-turned-movies in the future?

Celeste quipped: “More musicals? That’s part of the dream. We would love to see Bising being painted by Juan Luna in ‘Alikabok,’ or Mommy Kate sashaying in ‘Katy’ on the silver screen!”