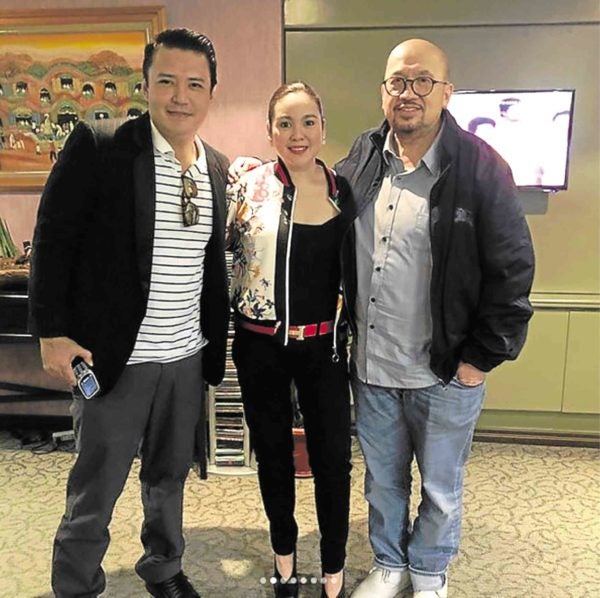 Is an onscreen reunion in the offing for ex-lovers Claudine Barretto and Mark Anthony Fernandez?

Talks about the prospect of the two actors working together again was prompted by Claudine’s recent Instagram photos and videos showing her and Mark Anthony with Viva Entertainment big boss Vic del Rosario at the company’s office.

Without giving out too much, Claudine, in separate posts, wrote: “Happy for you, Mark!” and “Congratulations, Mark. Welcome to Viva.”

Mark was released and acquitted last December of marijuana possession charges, after being imprisoned at the Pampanga Provincial Jail for a year.

Asked about the company’s plans for the two, Baby Gil of Viva’s corporate communications told the Inquirer that there’s no concrete plan yet.

“Only talks for now,” she said. “Nothing definite yet.”

Meanwhile, in an earlier post, Claudine defended Mark from online bashers, and urged them to show “compassion” toward the beleaguered actor.

“Walang ginawa si Mark na masama sa inyo. For some of you who want to put him down, he never hurt anyone but himself,” the 38-year-old actress wrote. “Nakadapa na ang tao, gusto niyong tapakan pa…Let’s lift each other up; not pull others down.”

Claudine and Mark Anthony’s last movie together was “Mangarap Ka,” in 1995. —ALLAN POLICARPIO