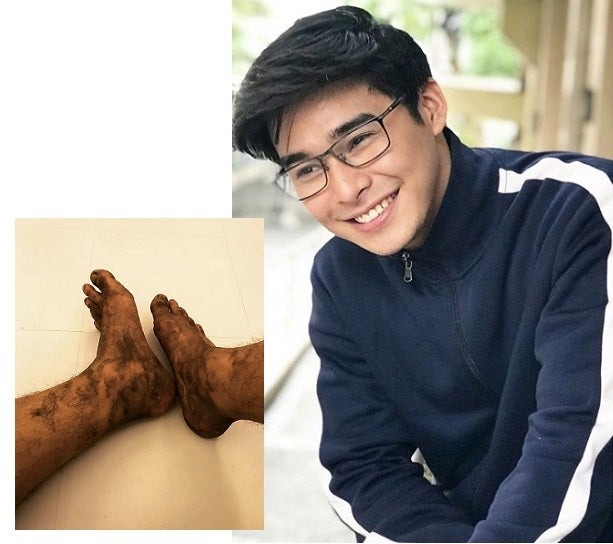 McCoy de Leon of boy group Hashtag shared on Instagram a picture of his feet after he joined the Traslacion of the Black Nazarene on Tuesday, Jan. 9, 2018. PHOTOS FROM MCCOY DE LEON’S INSTAGRAM PAGE

A member of boy group Hashtag proudly shared a photo of his feet after conquering the hardship of joining millions of Black Nazarene devotees during the Traslacion on Tuesday, which he said was an “indescribable” feat.

Mccoy de Leon shared the photo to his 1.2 million followers on Instagram and related how he braved the sea of devotees in order to touch the image of the Black Nazarene.

De Leon said he was able to kiss the cross twice and grasp the image’s hand.

The member of Hashtag, a mainstay of ABS-CBN’s “It’s Showtime,” said it was the most indescribable thing he had done in his life, so far.

He said he was so astonished at being face-to-face with the Nazarene that he disregarded the body aches and pain that he felt.

The on-screen partner of Elisse Joson later thanked Wagas Batang Ibarra for helping him get on the andas or carriage of the Black Nazarene. /cbb