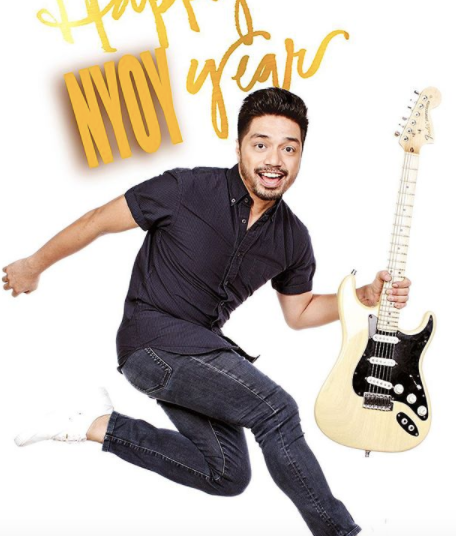 Singer and theater actor Nyoy Volante is set to hit the new year with a live soulful serenade for his fans on Inquirer ShowbizLive on Wednesday, January 10.

Among his other projects, Volante is currently busy with an upcoming birthday concert at the Music Museum on January 25.

Apart from being a soulful singer, Volante has also established himself with his on-point transformations that became famous in the now-defunct Kapamilya talent show “Your Face Sounds Familiar”. Just last year, he yet again delved into another transformation when he took on the role of Simon/Lola, a transvestite entertainer in Atlantis Theatrical Entertainment Group’s “Kinky Boots.”

Read Next
Pink named to perform US anthem at Super Bowl 52
EDITORS' PICK
Is it safe to talk politics again at family gatherings? ‘The Reconciliation Dinner’ shows us what that’s like
House energy committee chair Arroyo bats for cheap electricity
Pagasa: Warm, sunny Sunday in most parts of PH
vivo’s coming to town to grant wishes with more holiday promos
EDITORIAL: To a bike-friendly future
The Best Tech Gifts For The 2022 Holidays
MOST READ
LOOK: Vhong Navarro transferred to BJMP detention facility in Taguig
The Elephant Man in the Senate
Posh village as ‘shabu’ haven
LOOK: Zanjoe Marudo bonds with Ria Atayde, her family
Follow @CAbanillaINQ on Twitter
Don't miss out on the latest news and information.