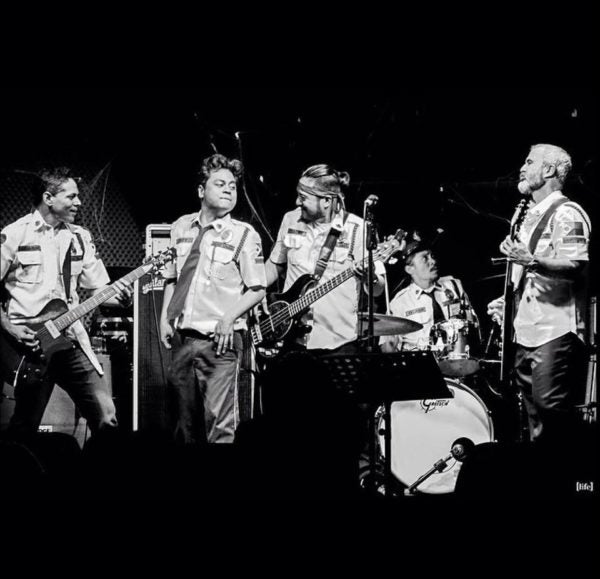 For me, Razorback is the equivalent of Led Zeppelin here in the Philippines. They exemplify what it means to be a Hard Rock band. There are also so many Classic Rock qualities about Razorback that make them timeless. Embraced and loved by numerous generations of Filipinos, Razorback is one of the most celebrated bands in our country.

Indeed, Razorback is one of those local rock bands that will always matter to me and to countless others, especially in my age group. I feel everyone has a soft spot in his heart for this legendary band. And I am certainly speaking for my generation when I say that the music of Razorback was a part of our childhood–growing up in the 90’s–we always fondly look back to those years.

In fact, their songs are so good and well made in general that this band deserves an international audience and would do so well even overseas. There is no question that Razorback has earned a prominent place in Pinoy Rock history and attained legendary status.

Razorback has been around since the very early 90’s and to this day they are still performing, touring, and releasing records. So, for me, to be able to interview Razorback’s guitarist, Tirso Ripoll, who is one of this legendary band’s original members is such a privilege and honor.

However, this is not your run-of-the-mill interview. This will be the very first for me to do this kind of interview wherein I ask Tirso Ripoll of Razorback to share backstories and never-before-publicly-released stories about them, stories that nobody outside of their respective families, management, and inner circle knows. Or if a very few do know outside of their select group, they have been mum about those to this day.

Now, Razorback’s Tirso Ripoll has generously and graciously agreed to share a backstory about his band with all of us. 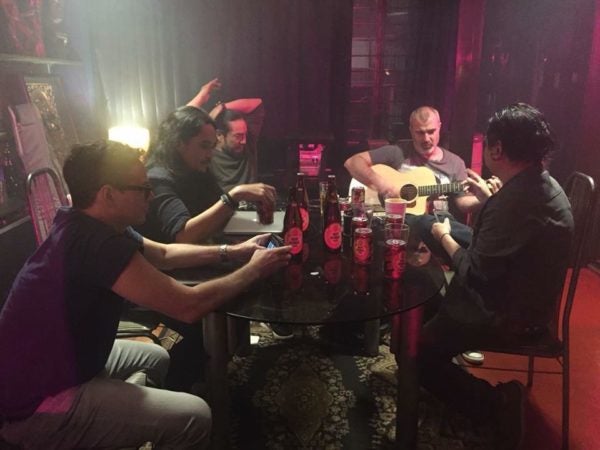 Here is Tirso Ripoll the guitarist of Razorback:

Tirso Ripoll: May 1996. I was having dinner with Carlos Santana and his band in a restaurant in Malate when I got the call. Jason Newsted of Metallica was in town promoting their new album “Load” and he wanted to jam with some local Rock musicians.

It was Sunday night but they were going to open Club Dredd for a special Jam Night and they were inviting me to come join in the fun.

Santana was playing the following evening so I cut dinner short and headed out to Club Dredd. I got there and could hear the music pumping from outside. Electric SkyChurch, as they were called then, were on stage.

I was walking in and happened to touch the marque post outside and got electrocuted. It was a seriously bad massive electric shock! I almost blacked out. All my hair was standing on end and both my arms went numb.

I stumbled into the club… looking a complete wreck. I was helped to an empty barstool by two guys sitting at the bar. They saw I was in distress….. and, being true, righteous gentlemen, they quickly got me a stiff drink.

I was shaking like mad but the drink helped and as my nerves settled, I explained what had happened and we started talking.

Wolfgang had just hit the stage with Newsted and they asked if I was going to jam… I showed them my hands and said it was “Highly Unlikely”….they laughed and we sat at the bar and continued talking.

They asked me how Razorback was doing. I said fine…. we were deep into working on our next album and were in the process of ending our current record contract.

One of them handed me his card and told me to call him tomorrow. It was Wally Chamsay and JV Colayco of the newly opened Sony Music Philippines.

I called the next day and by the end of the week, Razorback had a new record deal.