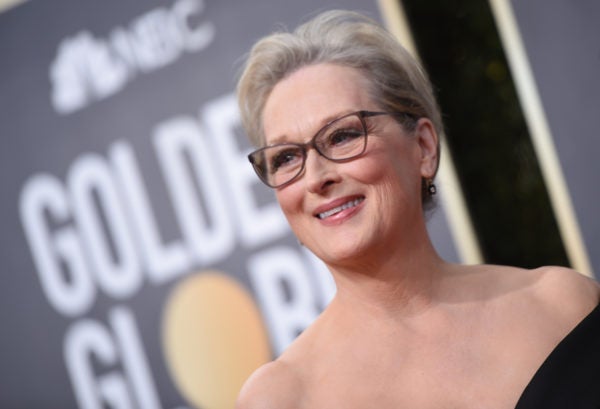 Hollywood spoke with one voice at the Golden Globes on Sunday to declare war on the film industry’s culture of sexual harassment and abuse.

The industry’s elite turned the red carpet black for the Globes, the glitzy launch of Tinseltown’s awards season, in a fashionable repudiation of disgraced mogul Harvey Weinstein and others ensnared in allegations of misconduct.

Billed as the most raucous event in the showbiz calendar, the champagne-drenched Hollywood Foreign Press Association’s annual prize-giving is a draw for filmmakers and actors looking to create some buzz ahead of the Oscars in March.

But this year’s ceremony, seen as the first big opportunity for the industry to unite and deliver a message about how Hollywood can move forward, struck a more serious tone.

“Speaking your truth is the most powerful tool we all have,” actress and media powerhouse Oprah Winfrey told the audience at the Beverly Hilton as she accepted a lifetime achievement award.

“For too long, women have not been heard or believed if they dare speak the truth to the power of those men. But their time is up,” she added, earning a standing ovation.

Actors and actresses turned out in black in solidarity with victims of Weinstein and numerous other figures exposed by the harassment and abuse scandal, including Kevin Spacey, Brett Ratner and Dustin Hoffman.

And the overall message was a call for continued change.

“People are aware now of a power imbalance. It’s led to abuse in our industry. (…) It’s everywhere,” Meryl Streep, who is vying for a Globe for her work in media drama “The Post,” told E! network on the red carpet.

Fellow Oscar winner Viola Davis added: “It’s all of these women just embracing their authentic voices and standing in solidarity with each other.”

Seth Meyers, making his debut as Globes host, opened the show with joke after joke about Hollywood’s post-Weinstein reckoning.

“For the male nominees in the room tonight, this is the first time in three months it won’t be terrifying to hear your name read out loud.”

The ceremony at the Beverly Hilton is not as reliable at predicting Oscars glory as the galas held by Hollywood’s acting, producing and directing unions.

But it remains one of the most high-profile and glamorous events of the awards calendar and tends to generate more headlines for tipsy tributes and wacky one-liners.

Leading the pack this year is Guillermo del Toro’s fantasy romance “The Shape of Water” with seven nominations, while “The Post” and “Three Billboards Outside Ebbing, Missouri” went into the night tied for second, with six each.

Overall, 25 awards are given out — 14 for movies and 11 for TV — and, as usual, the 90-member HFPA has sprung more than a few surprises in the nominations, placing horror satire “Get Out” in the best comedy-musical category.

But there were no nominations at all for female filmmakers despite huge successes in 2017 for Greta Gerwig (“Lady Bird”), Patty Jenkins (“Wonder Woman”), Dee Rees (“Mudbound”), Kathryn Bigelow (“Detroit”) and Sofia Coppola (“The Beguiled”).

The first film award of the evening went to Sam Rockwell, who took home the best supporting actor in a film prize for crime drama “Three Billboards.”

He paid tribute to his “actor-friendly” director Martin McDonagh and co-star Frances McDormand, whom he described as “a force of nature.”

While many fields were wide open, James Franco (“The Disaster Artist”) was always a shoo-in to win best actor in a musical/comedy movie.

Franco — who also directed the film about Tommy Wiseau’s flop-turned-cult-hit “The Room” — gave a shoutout to his brother and co-star Dave, telling the gathered celebrities: “I love him more than anything. Thanks to my mother for giving him to me.”

“I hope we can elicit change through the stories we tell and the way we tell them,” said Kidman, who was named best actress in a limited series for her role as an abused wife in the show.

Dern urged Hollywood to support survivors of abuse and to promote restorative justice.

“May we teach our children that speaking out without the fear of retribution is our culture’s new north star,” she said.

“The Handmaid’s Tale” followed up its Emmys night glory, when it won four statuettes, by beating perennial awards juggernaut “Game of Thrones” to the Globe for best TV series.

Its star Elisabeth Moss also took home the prize for best actress in a drama, and thanked Margaret Atwood, who wrote the best-selling dystopian novel on which the Hulu series was based.

“Margaret Atwood, this is for you and the women who came before you and after you who were brave enough to speak out against intolerance and injustice and to fight for equality and freedom in this world,” Moss said.