MANILA, Philippines – One of the entries in this year’s Metro Manila Film Festival was disqualified after it was determined by the MMFF executive committee that it committed some violations, Chairman Francis Tolentino of the Metropolitan Manila Development Authority told Radyo Inquirer 990AM Tuesday.

In an interview with “Kumpadres”, Tolentino said Regal Films’ “Yesterday, Today and Tomorrow”, the movie, was different from the script that was presented to the committee, from which it based its approval “because the script was according to the rules of the MMFF”. 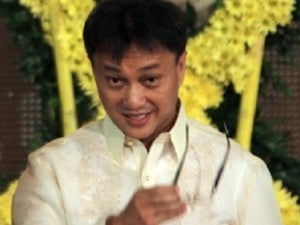 Tolentino said the violation was discovered after he watched the movie Monday.

“After the script was approved, iba yung lumabas, iba yung cast [what was shown was different, even the cast was different]. Pareho lang yung title [Only the title was the same],” Tolentino said.

He said the producer, Mother Lily Monteverde, who was summoned early Tuesday by the MMFF executive committee, admitted to the violations.

This prompted the committee, via unanimous decision, to disqualify the Regal Films entry from competing in the Best Picture, Director, Screenplay and Gatpuno Villegas Cultural awards.