Freshly minted MMFF best actress divulges the secret to a great performance: Be a good listener and be open to new ideas
By: Bayani San Diego Jr.
the Entertainment Staff / 12:25 AM December 30, 2017 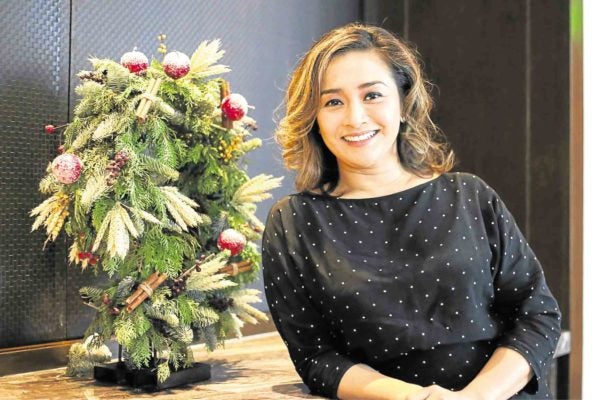 Even in this movie’s famous “blackout” scene, Joanna Ampil shines in the dark.

As luck would have it, this film “neophyte” unintentionally gives us a master class in acting during an hour-long interview—showing glimpses of Candida, her fierce and feisty character in Loy Arcenas’ “Ang Larawan,” while revealing the immortal Filipino woman’s little-seen vulnerabilities, as well.

Through the years, we have seen Joanna evolve from the ingénue who made waves in the West End as Kim in “Miss Saigon” to her spirited incarnations as two very different Marias in the local productions of “West Side Story” and “The Sound of Music.”

We feel the need to enumerate her past career achievements because, as she herself would point out, she is hardly recognized outside the theater world. Warned that she might get mobbed by adoring fans if she visited a moviehouse during rush hour, she quipped: “No one knows me naman!”

No, it wasn’t just the jet lag talking. At the time of the Inquirer interview held at the spiffy Shangri-La at The Fort, Joanna had just arrived from Dubai—fresh from a concert in Barcelona.

While having her face dolled up for the awards night (which was only hours away at the time), she wisely caught some Zs.

That’s another secret of her success: The ability to sleep between appointments. It seems Joanna, who has been on the road since bagging the role of Kim at 17, has mastered the fine art of living out of a suitcase.

Apart from acting tips, the newly minted best actress in this year’s Metro Manila Film Festival also dishes out advice on how to pack clothes for all seasons and maintain relationships while being constantly on the go.

Here’s a basic survival guide from a luminous diva of song, stage and, now, the silver screen.

Have you seen the film? Yes, but not on the big screen. I just saw a rough edit. I plan to watch it soon.

What was your initial reaction when you saw the rough edit? It was quite exciting. I tend to be critical of myself. But with “Larawan,” I enjoyed it more and was not looking at the mistakes as often. I guess it was because the emotions were so present and palpable and could not be replicated. So I knew that was the best I could do that day and at the time. So I was quite happy with it.

What was it like working with Loy as director? Loy loves rehearsing. He loves doing things over and over again. I completely understand why, because it worked to our advantage. By the time of filming, we had already perfected certain scenes.

I don’t want to say he’s pedantic because I’ve been saying that and people misinterpret it. What I mean is that he’s very picky. He knows exactly what he wants. And I quite like that because, in a way, I am the same. I want things to be perfect, too.

It must be your common theater background? Yeah! We can’t let things go. If you know it can still be perfected, then push for it.

Did you take acting workshops in London? No, I just took lessons here… I studied Meisner. Under Blake Allan, who is married to Waya Gallardo (daughter of producer Celeste Legaspi).

What are your thoughts on all the rave reviews? I am ecstatic! People have been messaging me nonstop. I didn’t realize the response would be this overwhelming. I admit there’s a bit of pressure, because everyone is saying you should win this or that.

But at the end of the day, the people’s positive reaction is an award in itself. That’s the most rewarding thing: When people who matter appreciate your work. These are people I respect and look up to. 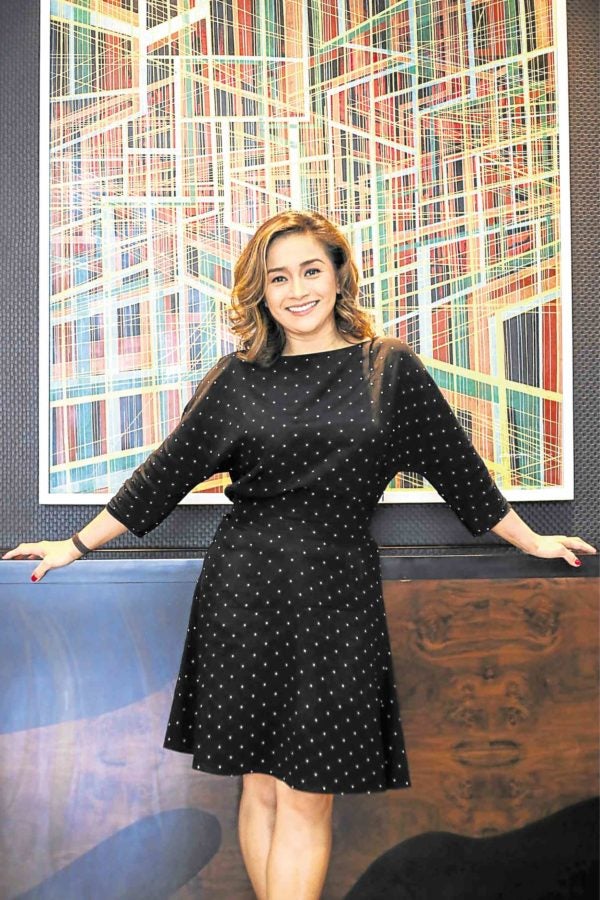 Do you think Candida had a fling with Tony? I don’t think so. I tried to come up with a character sketch. I was trying to create her backstory and stuff like that. But that never occurred to me.

She was probably jealous of the fact that her sister Paula was getting the attention, but not to the point that she would want Tony to fancy her more.

Maybe Tony tried to seduce her? Possibly. He probably tried it on both. And failed with Candida, because she was too focused on her family to think of outsiders.

You were not allowed to smile during the shoot? I remember Loy told me that I wasn’t allowed to show my teeth … because I would look young or too happy.

And you were bigger then? Was that intentional? Well… Thank you! I was hefty. I was asked to lose weight … to look gaunt. But I told Loy that I would look younger if I were slim. And I would also feel fit. Whereas if I were fat, I’d feel frumpy, earthy. I wanted to keep the weight on. After all, Candida is always in the kitchen—cooking and eating.

What was it like working with Rachel Alejandro (who plays Paula)? She was very encouraging. I remember calling her up and telling her: “I don’t know if I can carry on doing this.” I quit twice. She was the one who told me: “I cannot think of anyone else who can do this role. You have to stay. You can pull through.”

Another one was Mr. C (Ryan Cayabyab, composer). His music was the only thing that motivated me and drove me. I loved hearing the score. And he was so forthcoming with his compliments.

Also, (acting coach) Jake Macapagal was encouraging and nurturing. Jake knows me as a friend and as a person. He knew and respected my process. He gave me lots of advice. For example, he taught me to do pressups to get into a dramatic scene quickly.

I asked him so many questions. I didn’t leave holes. I wanted to get into this. I suppose I was just good at following instructions.

Without the help of these people, I am not sure I could’ve pulled it off. I learned a great deal from them. And I guess I also wanted to learn.

That was the big difference. Because I was so open to it, I was absorbing everything they were saying. I wanted to learn the craft.

Was Loy strict? Yeah. Because he knows exactly what he wants. As you can see in the movie… It’s not mediocre. It’s excellent. My British and American agents were impressed by the trailers.

It was a master class. I learned so much from Loy. He would show us how to walk and move during rehearsals. I remember telling Loy: “I might end up copying you!” I incorporated the way he fidgets with his fingers into my character. I had lots of Loy moments in the film.

What will you say to people who think musicals are elitist? I hope they give our film a chance. There’s the stigma that a musical is inaccessible. But it’s not.

Everyone can relate to it. Even an 8-year-old girl loved it and thought it was too short. It’s for people of all ages. They only need to open their minds.

What are your thoughts on the film’s struggle to retain cinemas? It’s so sad. We are thankful to the cinemas that kept us going, and we’re also grateful to the people who are rallying behind us, who keep posting and hashtagging and everything. I can’t wait to go to a cinema and take a selfie in front of our poster. I don’t care!

What’s it like living out of a suitcase? I love it. I don’t have a huge suitcase; it’s cube-shaped. I can fit all my clothes there, for all the seasons. It’s not even vacuum-packed. I would pack two weeks’ worth of clothes that I can wear for summer and winter. I just layer up.

How about in terms of sustaining relationships? Oh. It’s hard. Right now, I am in a long-distance relationship. I didn’t have a boyfriend for six years. With family, I make it a point to visit them every six months.

Thank God for social media and FaceTiming. Before, it was difficult. I was resigned to the fact that I would be alone for the rest of my life. Plus, I was focused on work.

Isn’t constant traveling hard on the voice, too? It takes its toll on my voice. But I know how to sort it out now. Just plenty of sleep and fluids. Saka I don’t smoke. I hardly drink.

Last year, I lost my voice completely and I had to take a vocal rest for three months. That was depressing.

After that experience, I’ve become more careful with my voice. I know that my vocal chords are not as resilient as they used to be, so I have to be more cautious.

As you get older, you have more limitations. I don’t oversing anymore. I don’t use my voice when it’s not necessary. I don’t shout. I only scream when I need to.

What are your hopes for “Ang Larawan”? That it generates a lot of income for the producers (laughs). I am just trying to be practical. I know how hard they worked to raise funds.