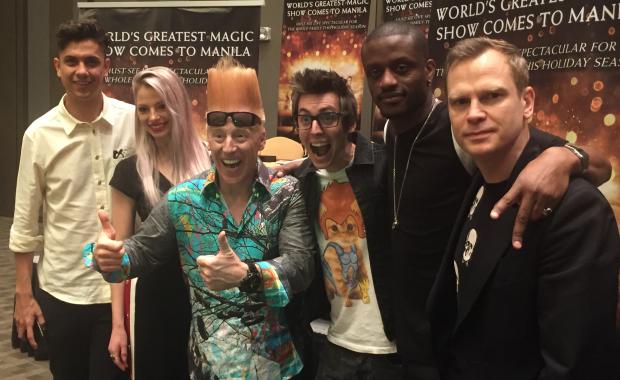 “How did that happen?”

She finds satisfaction in leaving people amazed and wondering at the end of the show that she has been performing mind-boggling tricks for 10 years now.

“When I was 18, I was in a magic show as an assistant,” she said in an inteview. “I was a dancer and they needed one girl to do the magic. That was a long time ago and it was by accident. The audience was gasping. This is amazing. This is what I wanna do.”

Aside from her regular shows, Lee has recently appeared on “The Next Great Magician” and “Britain’s Got Talent” for ITV.

She even trended on social media after she pulled off a a mind-blowing illusion in which she disappeared inside a box and emerged in the middle of the stage.

Netizens even speculated she had a twin, which she denied.

“I can’t imagine doing anything else than this,” she said. “I’ve had such an amazing life. I get to perform to people every single night. It’s like a gift you give to people.”

But for the audience to be consistently mesmerized, hardwork is needed to come out with a stunning range of magic tricks.

“There’s a lot of practice to come with new ways of presenting things. It’s hardwork but it pays off,” she said.

Lee had been a ballet dancer since she was three years old before she became a magician.

She is used to performing onstage, but doing tricks gives her a different kind of adrenaline rush.

“Magic is different. You have a different kind of adrenaline when something goes wrong,” she said. “When you dance, you can always cover up and you just try to keep on moving. When magic goes wrong immediately people will see. That gives you a kind of adrenaline, your blood, constantly pumping, heart racing. It’s never boring.”

“When someone watches a magic show, they leave questioning life,” she added. “We show them things that are impossible – that they shouldn’t be able to happen and yet they are happening. I think that’s a gift you give to people. They go home thinking about it. ‘How did that happen?’ It gives people hope and faith.”

Lee is in Manila for “Impossible,” dubbed as the “World‘s Greatest Magic Show.”

It started last Dec. 25 and runs up to Jan. 3 at the Smart Araneta Coliseum.