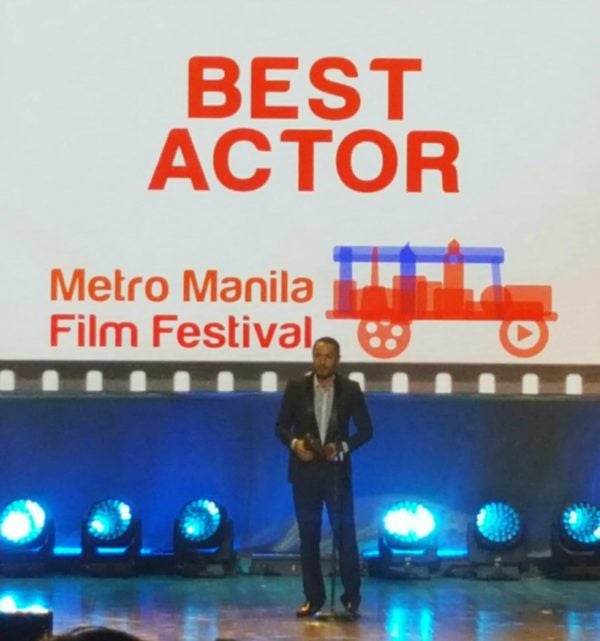 Ramsay’s film return proved to be a stellar comeback when he won the coveted Best Actor award at the recently concluded Gabi ng Parangal for the Metro Manila Film Festival 2017 held at the Kia Theater, Wednesday.

He won for his performance in the movie “All Of You” opposite Kapuso actress Jennylyn Mercado.

He also thanked the people behind the production of “All Of You” for helping him out bring his best to give life and justice to his character. He also acknowledged the patience and understanding of his girlfriend Joanne Villablanca for “not getting jealous over the scenes.”

Also, he did not forget his leading lady who was unfortunately not present at the event.

“Of course, my leading lady, Jennylyn, she makes me feel so comfortable, she brings the best out in me when we do our scenes together so Jen, it’s sad that you’re not here but thank you very much I share this with you,” he said.

Among the other nominees who vied for the award were Coco Martin (Ang Panday), Jericho Rosales (Siargao) and Joross Gamboa for (Deadma Walking).

Among the awards won by “All Of You” were Best Screenplay and 3rd Best Picture.

The movie is currently showing in cinemas nationwide.