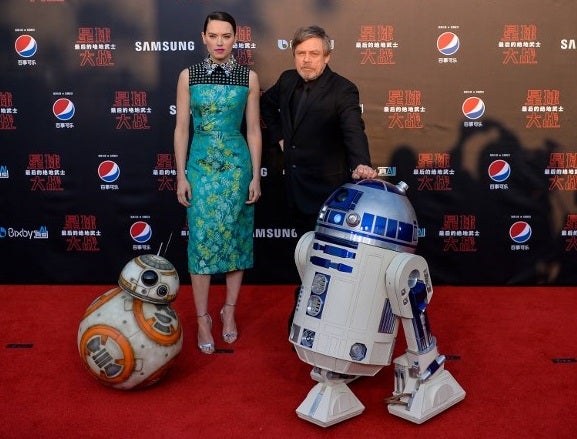 WASHINGTON, United States — The force was with Disney as the latest Star Wars movie “The Last Jedi” beat out the competition to top the Christmas weekend box office, according to updated industry estimates released Tuesday.

The eighth installment of the blockbuster space saga topped the charts in North America for a second week, according to box office tracker Exhibitor Relations, pulling in $99 million from Friday through Monday to rack up total earnings of $395.6 million since it opened last weekend.

Christmas week is traditionally a time when studios flood the screens with new releases, and the Star Wars epic was trailed by three new films.

In second place was the Dwayne Johnson family adventure “Jumanji: Welcome to the Jungle” which made $55.4 million for Sony over the same four-day period.

“Pitch Perfect 3,” which follows the continuing adventures of glee singers the Bellas, led by Anna Kendrick, was in third, earning $26.5 million for Universal.

That was followed by “The Greatest Showman,” a musical in which Hugh Jackman plays the legendary circus impresario PT Barnum. That earned $14 million.

Animated feature “Ferdinand,” the story of a pacifist bull forced to face down the greatest bullfighter in the world, was fifth. It netted four-day receipts of $9.6 million in the United States and Canada in its second week. /cbb