For Christmas this year, Iza Calzado visited Thailand with fiancé Ben Wintle and his family.

She shared photos of the holiday trip, including a solo shot as she enjoyed some fresh buko.

While Calzado, 35, appeared blissful in her sunkissed tan, some Instagram users still found negative things to say to the “Bliss” actress.

But she didn’t let the bashers ruin her holiday spirit.

One said, “What a skin and cellulites you have.”

“I love it! Thanks!” replied Calzado. 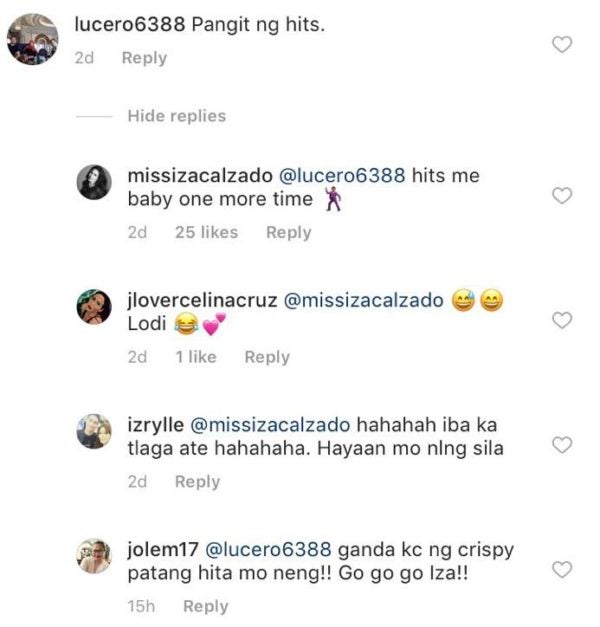 And Calzado continued to prove that she was simply being honest: “Wala namang itinatago. Maliit na bagay (There’s nothing to hide. It’s a small matter).” 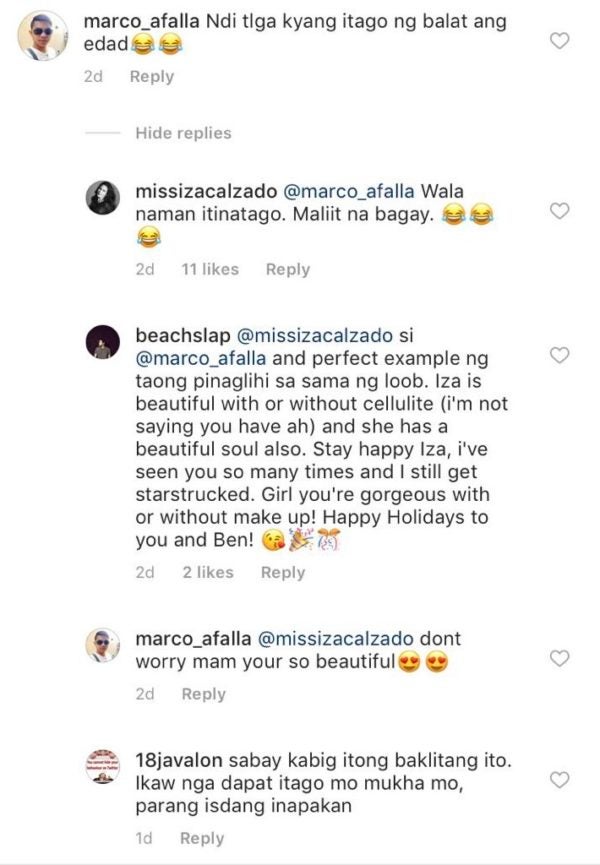 The commenter backtracked on his comment to say she was “beautiful.”

Most netizens still had positive vibes only for the “A Love to Last” actress. Gabbi Garcia, Leila Alcasid and Chesca Kramer shared love for her in their comments.

Others praised her for her no-filter beauty. One shared that she was “sexy” in person: 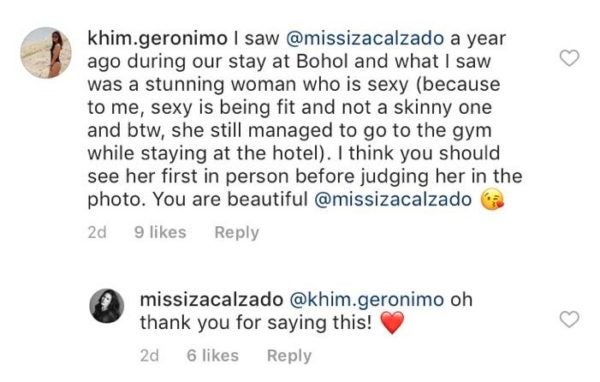 Another mused that sexiness meant “attitude and personality.” 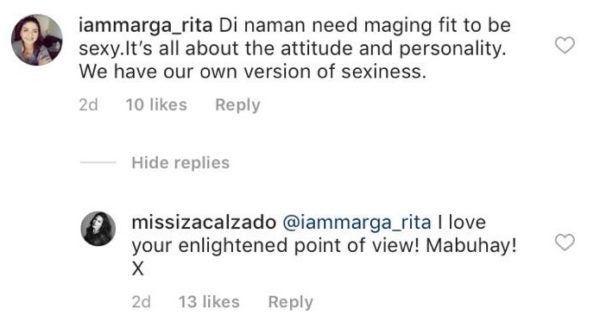 “Sexy comes in all forms, sizes and figures,” shared a netizen. “Pointing out each other’s flaws only unmasks hidden insecurities.”

Calzado was engaged in October to British entrepreneur Wintle after a five-year relationship. No wedding date has been announced yet, though the couple has asked star couple Judy Ann Santos and Ryan Agoncillo to be their godparents. /ra

WATCH: Iza Calzado gets engaged to boyfriend Ben Wintle in front of loved ones