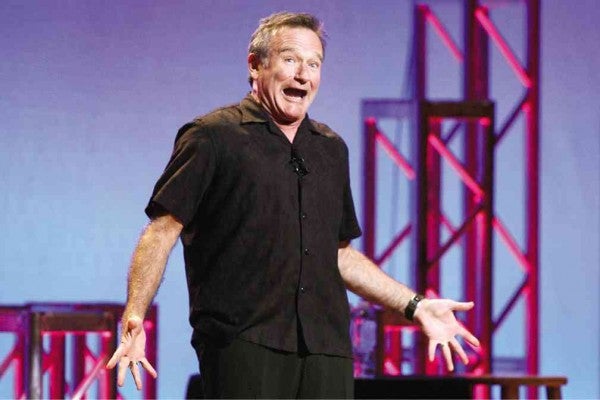 ROBIN Williams was one of Hollywood’s illustrious comics who were famously “laughing on the outside, but crying on the inside.” AP

SAN FRANCISCO (AP) — A meadow in San Francisco’s expansive Golden Gate Park has been named after the late comedian and actor Robin Williams.

The effort to rename the grassy lawn on the east end of Golden Gate Park was led by Debi and Will Durst, who have put on Comedy Day at the park for 37 years, the San Francisco Chronicle reported.

Williams, who grew up and lived in the San Francisco Bay Area, performed at the first Comedy Day and returned to take part whenever he could, Debi Durst said.

He also served as the event’s chief patron anonymously in years when money was tight, she said.

“I felt compelled to do something for this man who was part of Comedy Day and the city of San Francisco in a way that would honor his memory and his comic spirit for all time,” Durst said.

California approved a resolution in 2015 to name a tunnel with rainbow arches that connects the Golden Gate Bridge to greater Marin County as the Robin Williams tunnel.

Williams suffered from dementia caused by Lewy body disease and killed himself in August 2014 at age 63. KI