Jasmine Curtis-Smith hurt by comments over her weight loss, says she is 'fine' | Inquirer Entertainment

Jasmine Curtis-Smith hurt by comments over her weight loss, says she is ‘fine’ 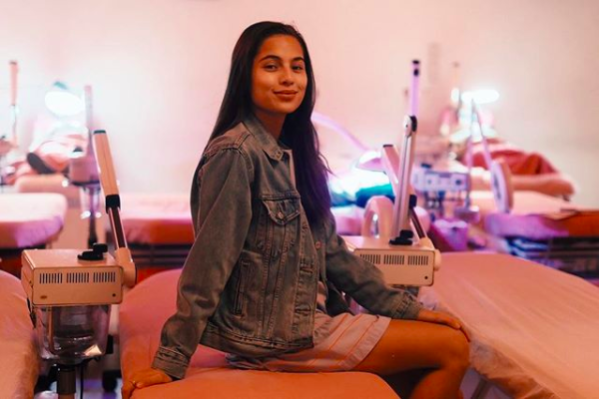 In an interview on “The Tonight Show with Boy Abunda,” Curtis-Smith admitted that she was hurt by some of the comments on an Instagram photo of her in a bikini, which were quick to point out on her figure.

The actress admitted to talk-show host Abunda that she got used to the comments about her figure, but that one stood out that made her think people were degrading her.

“There was one [comment]  na nagulat na lang ako na ‘Shocks! Ang dumi ng tingin nila sa’kin!’ or ‘Ang pangit-pangit ng pagkapayat ko…’ (There was one comment that just so shocked me to say, ‘Shocks! They look down on me!’ or ‘I have an ugly weight loss…’),” Curtis-Smith said. Because of this, she reassured netizens that she was fine as she had a doctor who checked up on her.

Curtis-Smith then explained that the reason for her weight loss was because she did not have a driver and a maid to attend to her household needs, and it was her first time to do it all and juggle other priorities.

She also shared that she was described as “anorexic,” to which she fired back, “Alam niyo ba kung ano yung ‘anorexic’ (Do you know what ‘anorexic’ means)?!”

Despite being a mental health advocate, she opened up that the comments affected her deeply and made her cry every time she saw them. “Hindi nila alam na may repercussions yung comments ng tao (They don’t know that people’s comments have repercussions).”

Curtis-Smith is set to make the waves in the movie “Siargao” alongside Jericho Rosales and Erich Gonzales, which opens on Dec. 25 as an entry to this year’s Metro Manila Film Festival.  Katrina Hallare /ra

WATCH: ‘Siargao’ trailer takes you to the best of island life with Jericho Rosales, Erich Gonzales

Your subscription could not be saved. Please try again.
Your subscription has been successful.
Read Next
Globe #PlayItRight campaign goes to the MMFF via ‘All Of You’
EDITORS' PICK
Earthquake preparedness saves lives: What to do
vivo Philippines offers a free bouquet of flowers and a premium necklace perfect for Valentine’s Day
Turkey, Syria earthquake: Death toll rises to more than 4,800
House energy committee chair Arroyo bats for cheap electricity
Legato Health Technologies is now Carelon Global Solutions
Philippine inflation rose to 8.7% in January
MOST READ
DOH says 80 of 81 provinces in PH now malaria-free
Turkey, Syria earthquake: Death toll rises to more than 4,800
Willie Revillame shows construction of ‘Wowowin’ studio amid ALLTV programs’ rumored break
WATCH: Vilma Santos overjoyed upon meeting granddaughter Isabella Rose for the first time
Don't miss out on the latest news and information.