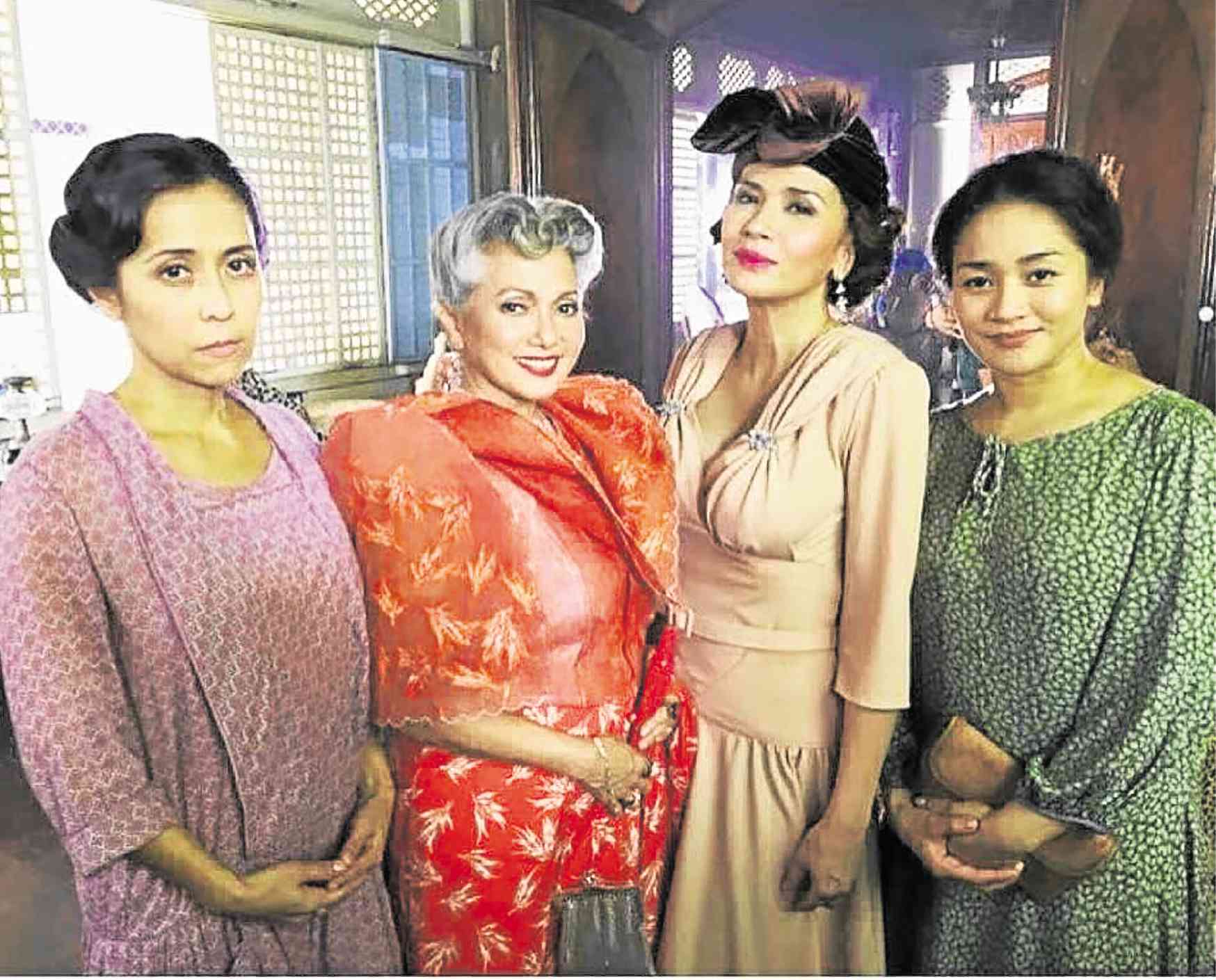 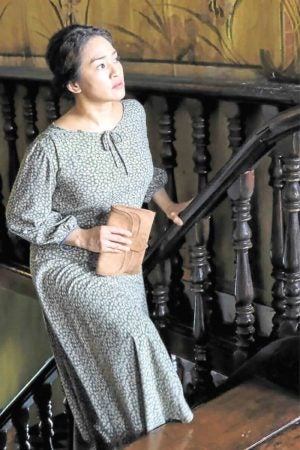 Regardless of the era from which the heartbreaking story of spinster sisters Candida (Joanna Ampil) and Paula Marasigan (Rachel Alejandro) is set, the exquisitely realized movie musical plays out like a bittersweet ode to the resilience and never-say-die spirit of the Filipino people.

We appreciate how the film’s stage version compels theatergoers to come to terms with changes they can’t undo, but Loy astutely eschews “Ang Larawan’s” doom and gloom into something more celebratory—in a tone and setting that are distinctly Filipino: We turn daunting troubles into exhilarating moments of triumph.

That’s how we, as a people, survive natural calamities, self-entitled leaders and a world that never runs out of issues to quarrel about.

Set in 1941 in a rundown mansion just before the arrival of the imperial Japanese forces, “Ang Larawan” follows the sad plight of “old maids” Candida and Paula, who hit a fork in the road when their brother Manolo (Nonie Buencamino) and sister Pepang (Menchu Lauchengco-Yulo) stop sending them money to pay the bills.

The opportunistic older siblings want Candida and Paula to give up the ancestral home they share with their ailing father, reclusive artist Don Lorenzo Marasigan. The celebrated painter is never seen, because he has refused to leave his sickbed since his little-discussed “accident”—which happened shortly after he finished his “final” painting and gave it as a gift to his beleaguered daughters.

Unable to make ends meet, Candida intends to turn her talent for catching rodents and Paula’s aptitude for music into robust employment opportunities—but, there are hardly any takers!

Their only source of revenue comes from their boarder, the perpetually cash-strapped bodabil piano player Tony Javier (the devilishly attractive and lecherous Paulo Avelino), who sees Don Lorenzo’s much-buzzed-about painting as his ticket to the big-time—especially if he could get the gullible Paula to do his bidding. It is Tony’s only way out of abject poverty.

But, the stubborn sisters refuse to part with their father’s gift, even with its princely price! What to do?

In one of the year’s finest performances, theater star Joanna makes her significant jump to the big screen with a delicately limned portrayal that is as intense as it is consistently earnest. She is a shoo-in for the best actress race—and, sight unseen, her competitors would have to do thespic somersaults to measure up to the high standard she sets in “Ang Larawan.”

Rachel also does well, especially when she’s tasked to step out of Paula’s phlegmatic comfort zone—and choose between family and romantic “fealty.”

“Ang Larawan’s” exceptional ensemble gets some load off Joanna and Rachel’s thespic “heavy lifting”—particularly with the impressive turns of Nonie, Menchu, Sandino Martin (as Bitoy Camacho) and Aicelle Santos who, as feisty showgirl Violet, demonstrates how you can be kikay without being shrill and over-the-top. 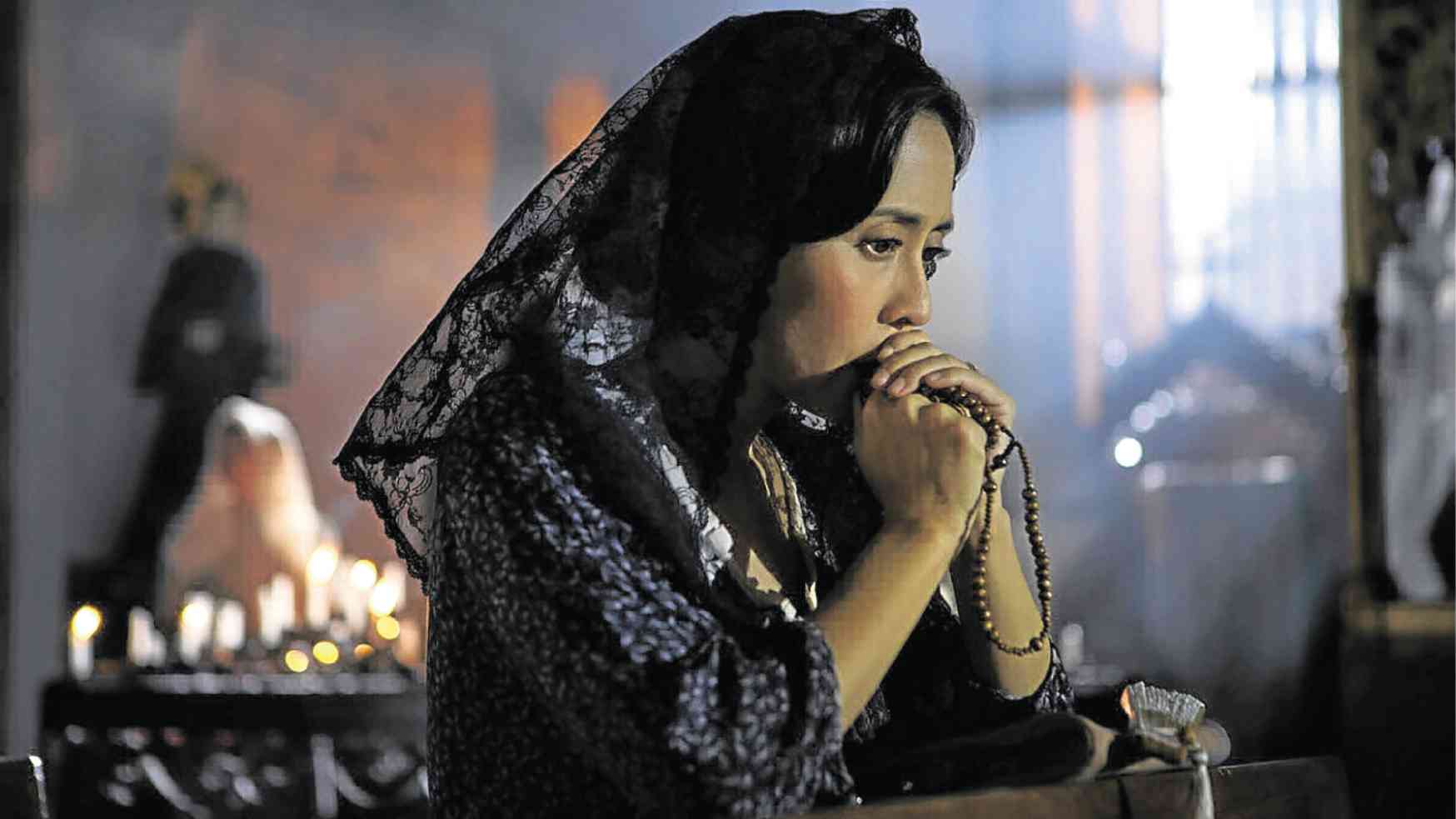 The sensational Celeste Legaspi (as Doña Loleng) figures in a much-deserved grand entrance worthy of her stature as one of Tinseltown’s most respected and enduring theater and music divas. She gives Loleng a suitable blend of flash and substance.

In this regard, we must note that Celeste has just been quite fittingly declared the Aliw Awards’ Entertainer of the Year, aside from bagging two other major prizes.

Her return to the concert scene in August by way of her Solaire show is one of 2017’s best “cultural” events. Would other sexagenarians be as productive—and saucily fabulous—as Teteng? We rest our case.

What about Paulo and Robert Arevalo (as poet-turned-politician Don Perico)? We can’t think of actors who are better-suited for the crucial roles they portray, because the characters of Tony and Don Perico provide the turning points needed to move the story forward.

Unfortunately, they’re roles that don’t just require appropriate physicality and gravitas, but also complex singing. Note that in musicals, some roles can be character-sung, while others require impeccable, note-perfect singing.

We would say that Paulo, who is served well by his smoldering presence, deserves at least an acting citation for his pertinently “dangerous” characterization—it’s one of his best performances to date—but, at the same, it’s hard to look the other way when a singer-actor fails to serve a song’s melody as well as he breathes life into its lyrics.

Robert, on the other hand, is tasked to “pull off” a crucial tune about the indispensability of art in society, but he is weighed down by his solo number’s “degree of difficulty.” But, these are little kinks in otherwise substantial performances. 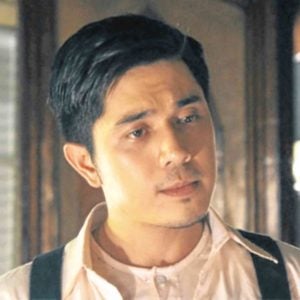 All in all, “Ang Larawan” is so much better than the sum of its glorious parts, with dramatic moments that are well-earned and organically staged.

The production is another incontrovertible proof why Ryan Cayabyab, who composed its music, should be declared a National Artist soon, like Nick Joaquin and Rolando Tinio.

Hello, NCCA (National Commission for Culture and the Arts) and CCP (Cultural Center of the Philippines).

Another instructive aspect of “Ang Larawan’s” prodigious accomplishment is in the way it utilizes Don Lorenzo’s participation in the movie.

He is a pivotal character that looms large and lingers all throughout the film, but the inspired casting of the seasoned actor who portrays him (no spoilers here) provides the necessary catharsis that gives the movie its befitting whoa moment and lump-in-your-throat finale.

The Blessed Virgin of La Naval, not to mention Padre Pio, would surely approve! —Truly a masterstroke of spot-on casting.