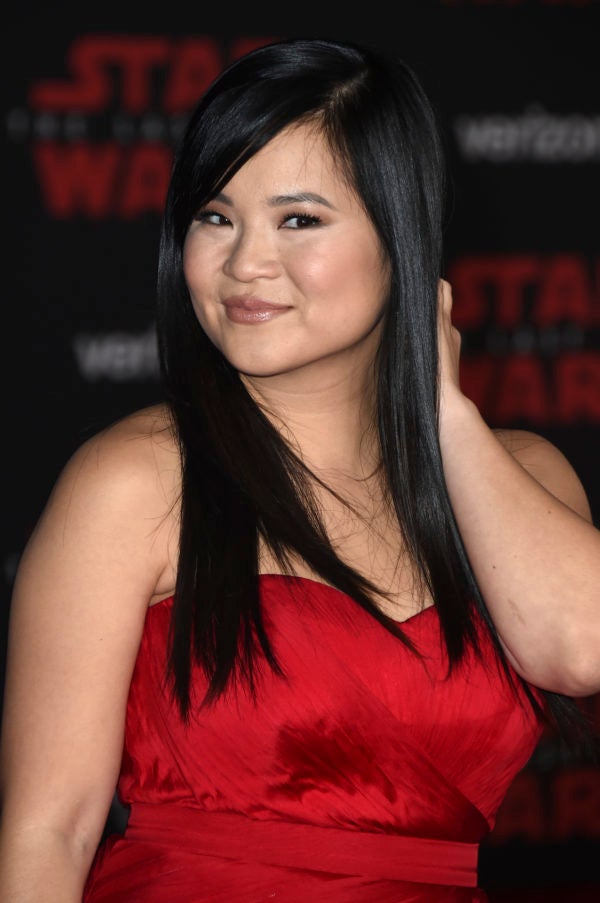 If “Star Wars: The Last Jedi” has gotten you debating with friends, you might want to take the conversations offline.

Chances are a cast member might overhear you—and even join your banter.

This is exactly what happened when a group of friends was dissecting the movie in a pub.

“We’re sitting in the pub post Star Wars, discussing the film in minute detail as we are wont to do,” shared a woman from the UK.

Unknown to them, right beside them was a major cast member: Kelly Marie Tran, who plays Resistance fighter Rose Tico.

Tran shared a video of her trying to contain her excitement as she listened to their conversation.

“This DELIGHTFUL group of people came in. They sat down at the table next to me and started discussing ‘The Last Jedi,’” shared Tran.

“My friend started filming as I listened, and she captured my reaction as they discussed Rose.”

After about an hour she “awkwardly walked over to introduce myself. They couldn’t be more lovely. What an incredible moment in a string of incredible moments I’ve been experiencing lately.”

The Instagram user called Tran the “loveliest and the coolest.”

One of the members of the group also praised her for “being a good human being” since she offered them space to sit. 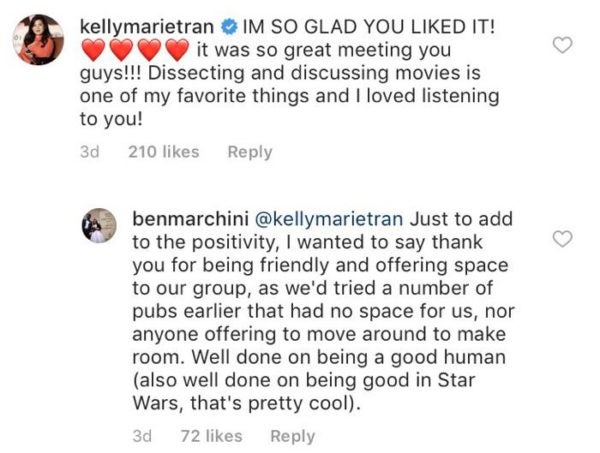 A Star Wars fan herself, Tran said she wants people to keep talking about the movie, even if they have something negative to say. “One of my greatest joys has been creepily listening to conversations about TLJ when I’m out and about.

“Regardless of opinion or preference, it’s still a topic of discussion… It can open us up to new ideas and new understanding.

She emphasized, “Let’s get to know lives and worlds different from our own. And most of all—let’s open our hearts and accept our differences.”

The film has been divisive, with some fans intent to blast it out of the canon.

But others have been receptive to the changes that the movie has brought to the Star Wars universe, including a more diverse set of characters.

The inclusion of Tran’s character has been hailed as she is the first woman of color in a lead role. /ra

The Force remains strong with P145.2M gross of ‘Star Wars: The Last Jedi’