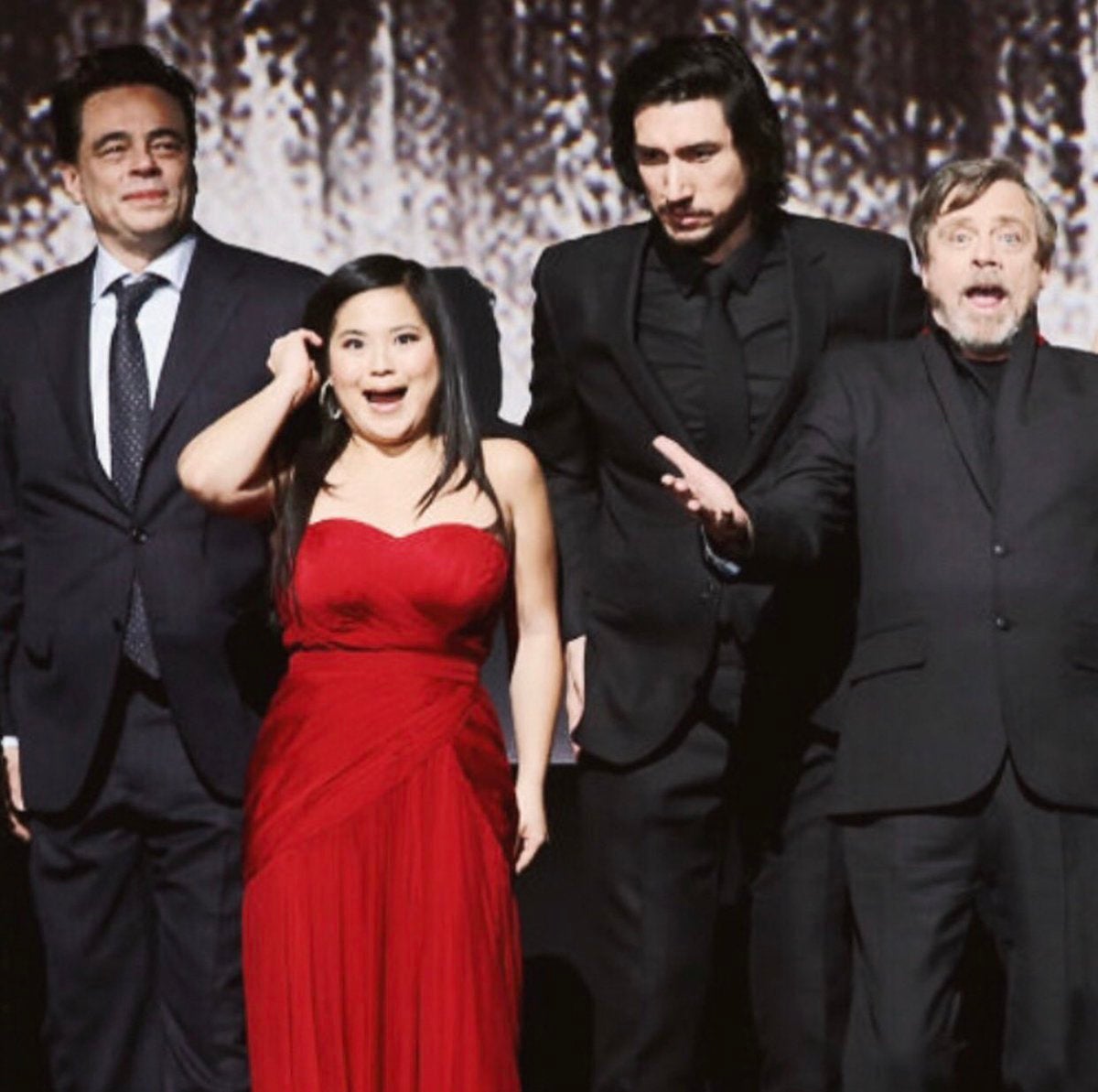 Kelly Marie Tran felt so honored and happy about being part of a “Star Wars” movie that the actress became emotional during the premiere night for “Star Wars: The Last Jedi” on Dec. 9 at Los Angeles. 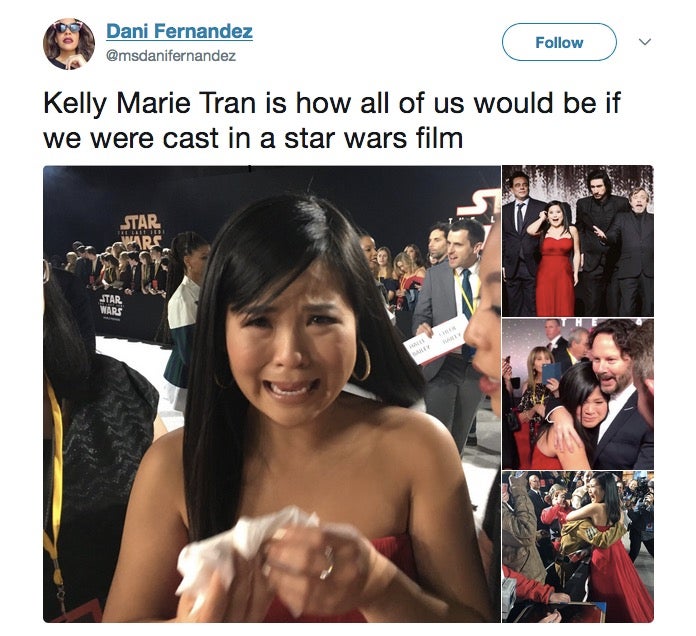 Stand-up comedian Dani Fernandez tweeted several photos of Tran in various states of elation. One photo showed her happily hugging a cosplayer, cosplaying as her character, Resistance maintenance worker Rose Tico. The maintenance worker had been assigned to go on a mission with Finn (John Boyega) which completely turned the sheltered character’s life upside down. 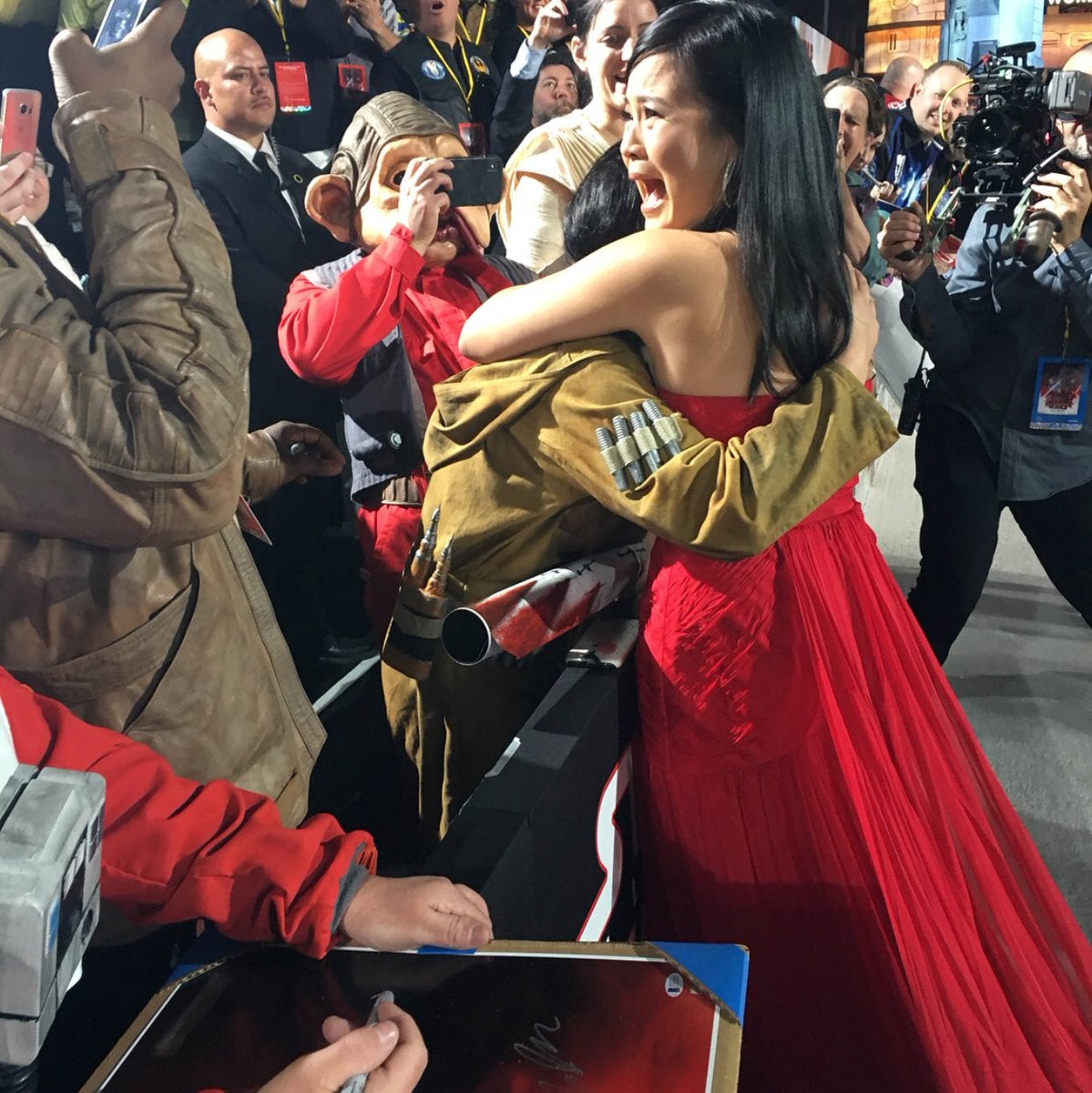 Tran also received a hug from producer Ram Bergman after thanking him for the opportunity. 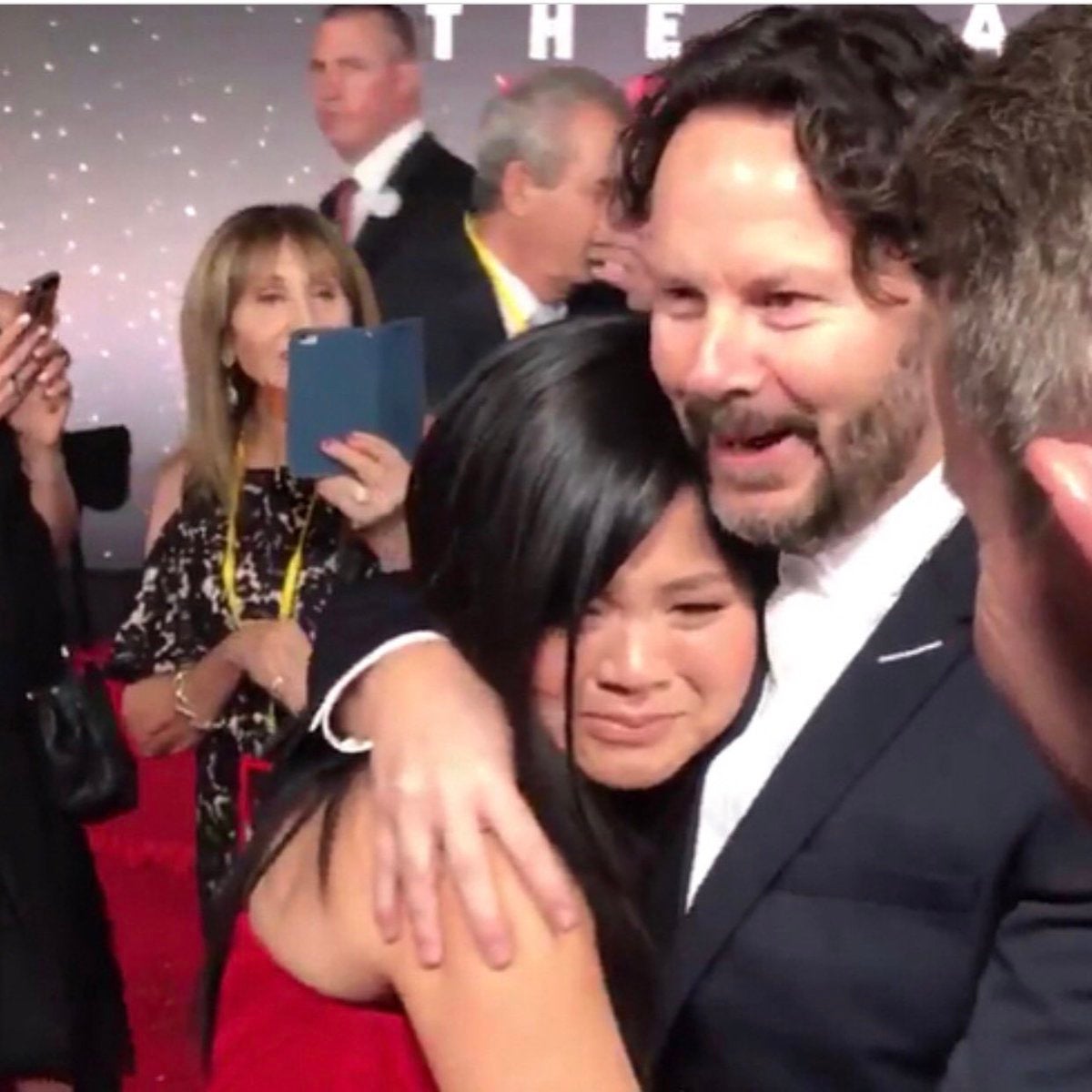 Daisy Ridley who plays Rey gave her another hug for support.

I feel strange posting a private moment, like this. But this level of emotion, met with this level of support, is @StarWars encapsulated. pic.twitter.com/lYd1bCcr1V

All in all, it appears the actress had the time of her life and may fondly look back at that premiere night for the rest of her career. JB