LOOK: Lea Salonga gets visit from ‘Let It Go’ composers 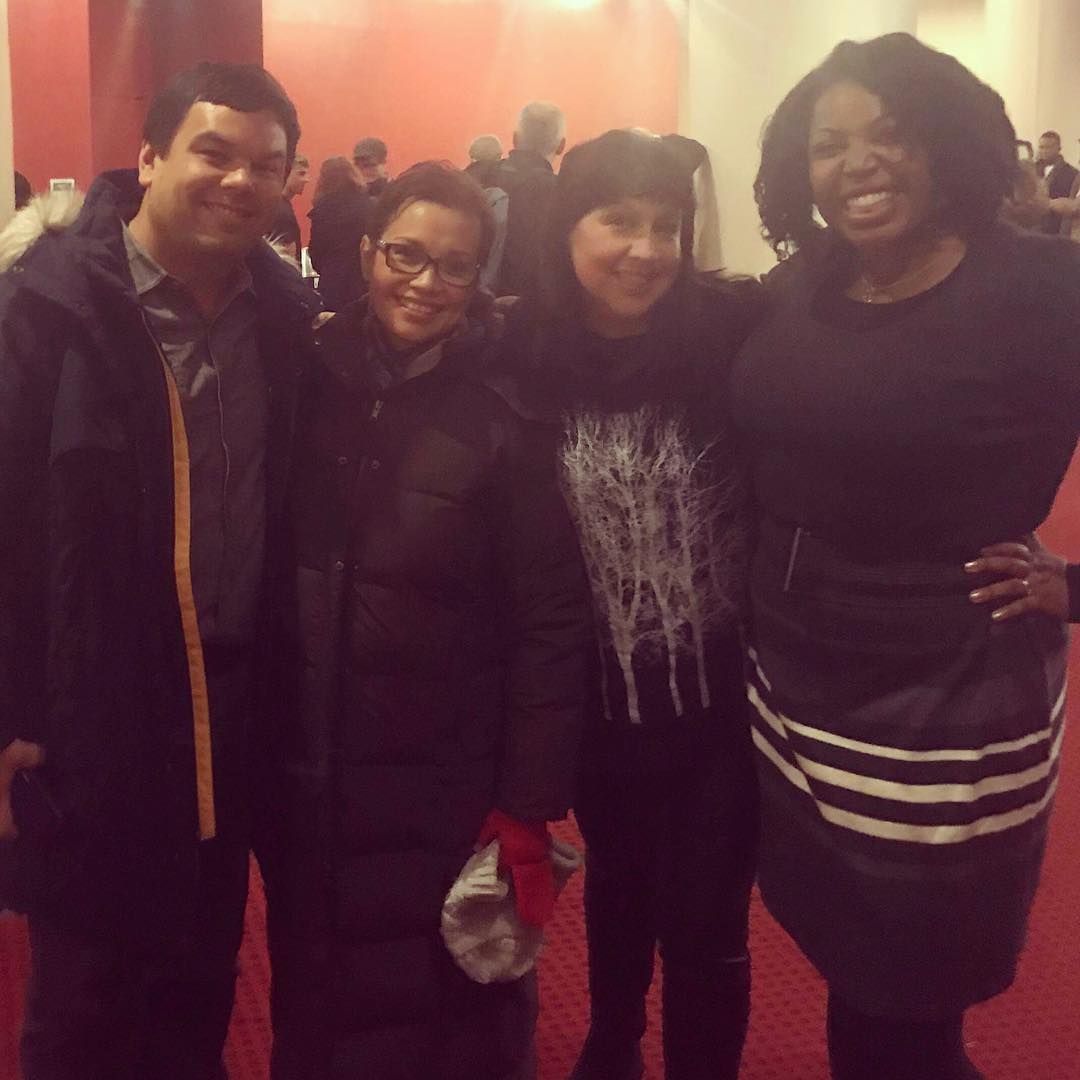 Broadway star Lea Salonga got a visit from Filipino-American composers Robert “Bobby” Lopez and Kristen Anderson-Lopez, while in New York to star in the Broadway revival of the play “Once On This Island”.

Salonga shared a photo of herself with the couple-composers on Instagram. She also expressed her excitement to finally see “Frozen” on Broadway. 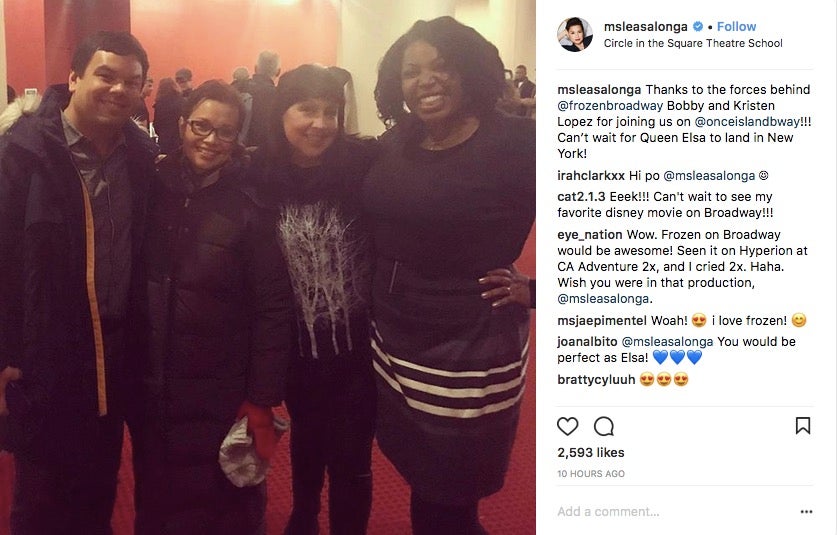 The Lopez couple was the creative force behind the hit song “Let It Go” from Disney’s animated film “Frozen”. They are also in New York to work on “Frozen The Broadway Musical”.

Lea Salonga currently plays the role of the goddess of love Erzulie in the musical “Once on This Island”. JB

Lea Salonga shares 4 lessons her daughter learned from the theater

LOOK: Paolo Ballesteros excited for completion of his dream house

Read Next
WATCH: Zion Gutierrez gets into the Christmas groove with classmates
EDITORS' PICK
Notice of 2020 regular meeting of stockholders June 18, 2020
SM prepares for ‘safe malling’
Leveling up your ‘lutong bahay’ with the kitchen companion you never knew you needed
NBI, Immigration to join hunt for ‘underground’ medical clinics
2 Chinese nationals arrested in raid on another unlicensed COVID-19 hospital in Pampanga
P2.2 trillion in losses: Cost of COVID-19 impact on PH economy
MOST READ
Revillame tells Roque: ABS-CBN is in my heart despite being in rival network
NCR is ready for GCQ — Palace
LOOK: Robredo, Vico Sotto, check Community Mart ops in Pasig
Año: Quarantine passes not needed in GCQ, movement restricted to essential travel
Follow @ABayleINQ on Twitter
Don't miss out on the latest news and information.