Want to watch a movie but don’t want to support someone who may have committed sexual misconduct behind the scenes?

With allegations coming on a weekly basis since the Harvey Weinstein story broke, it’s admittedly a tedious task.

Website Rotten Apples helps you keep track. The cleverly named online database has a search bar where you can type the title of a TV show or movie, and it will reveal if there are “rotten apples” involved in it.

Top-grossing movies such as “Titanic,” the “Star Wars” films and “Avatar” pass as fresh apples. 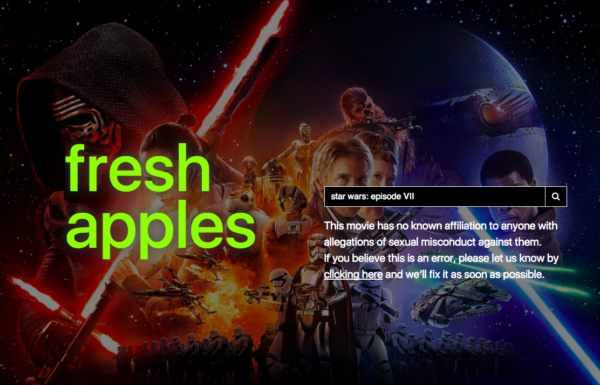 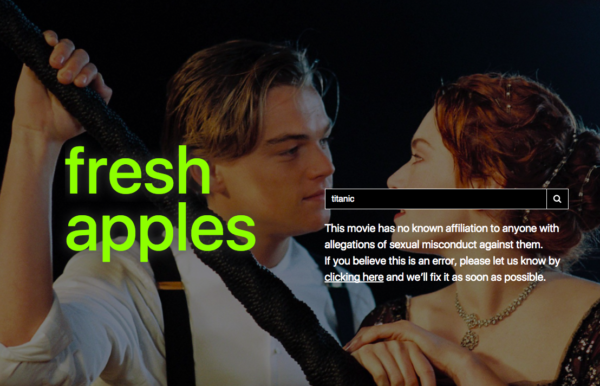 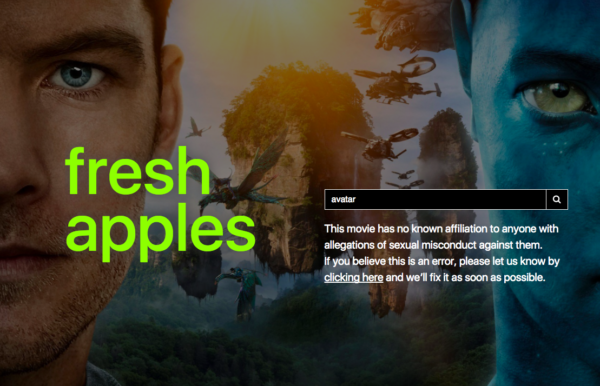 However, rotten apples are found in “Pirates of the Caribbean” (Geoffrey Rush), the “Lord of the Rings” trilogy (the Weinstein brothers), and even family-friendly Pixar films (Pixar chief John Lasseter). 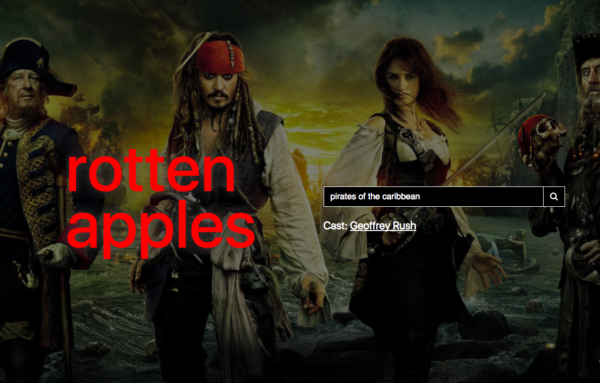 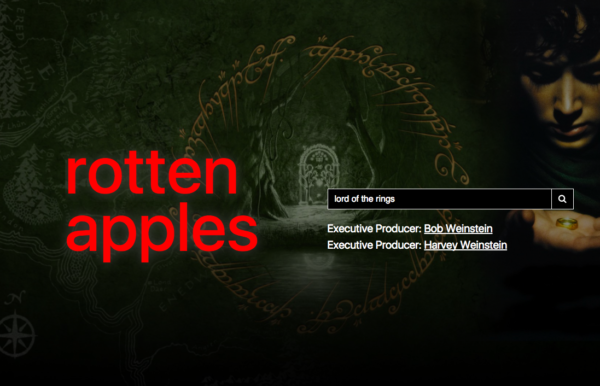 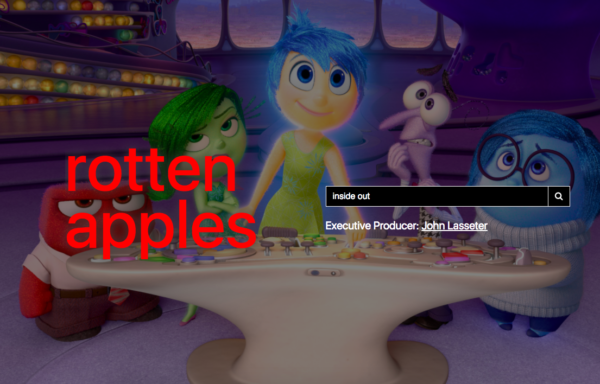 The names have links to articles that state the allegations against the individuals.

Movies labeled as “fresh apples” also have a link that allows tagging of sexual misconduct allegations. Users can add a name and the link to an article regarding the case.

The site has a disclaimer that states, “This database is not perfect, nor are the results meant to be taken as fact. Each link is sourced from an existing article and is not a reflection of our own opinions.”

The site also focuses on sexual misconduct and doesn’t mention cases of sexism or discrimination that individuals involved in the production may have done.

It also isn’t meant to be a buzzkill, but aims to “further drive awareness of just how pervasive sexual misconduct in film and television is and to help make ethical media consumption easier.”

“By no means is this site meant to serve as a condemnation of an entire project,” it declares. /ra