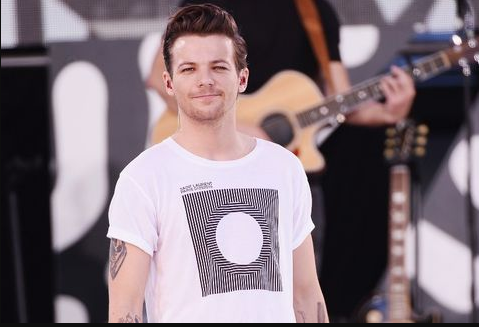 Never underestimate the power of Directioners, a radio disk jockey seems to have just learned.

Australian DJ Ash London has been receiving backlash over her comments about One Direction member Louis Tomlinson’s facial hair, causing outrage from some of the boy band’s diehard fans.

This comes after London, through her radio show “Ash London Live”, described Tomlinson’s hair as “ratty”; one of her co-hosts also said that Tomlinson was “the least popular one” of the group.

The comments made Directioners fume, and the hashtag #LouisDeservesBetter trended worldwide in defense of the singer.

This netizen said that she wished Tomlinson to always be smiling.

#LouisDeservesBetter
I never want you to erase that smile from your face. pic.twitter.com/kp07iLxcPY

Another quoted co-host Ed Kavalee’s comments, accompanying it with a funny video.

,,he’s not Harry styles”
„The least popular member of one direction”

While @DreaStylesx made sure that all her compliments, stressing how Tomlinson is “the most beautiful man,” would be delivered loud and clear, all caps.

LOUIS TOMLINSON IS THE MOST BEAUTIFUL MAN IVE EVER SINCE HE HAS A HUGE HEART HIS SMILE IS SO BEAUTIFUL HE CARES SO MUCH ABOUT HIS FANS LOUIS DONT LISTEN TO THE HATERS YOU ARE AMAZING I LOVE YOU SO MUCH I CANT EXPLAIN HOW PROUD I AM OF YOU ♥️ #LouisDeservesBetter pic.twitter.com/GnDjCGSADx

Because of the backlash, London apologized through her Twitter page and said she did not mean to offend anyone. She added that she will be off of social media for a while because “the abuse and threats are a little [too] much for me right now.”

She then said this in praise of Tomlinson: “We love Louis and we will continue supporting him and his new music as we have always done.”

And what was the singer’s response to the DJ’s apology? Tomlinson was compassionate and even sweet, calling London “love.” He advised that it may be best for her to stay off social media a little longer.

Probs best to stay on private for a bit longer love ! 🖕

Since the boy band’s hiatus, Tomlinson has ventured into releasing his solo work, such as the songs “Just Hold On”, a collaboration with Steve Aoki, and “Back to You” with Bebe Rexha. JB

Niall Horan to hold concert in PH next year