Proactive lead players produce their own starrers once again 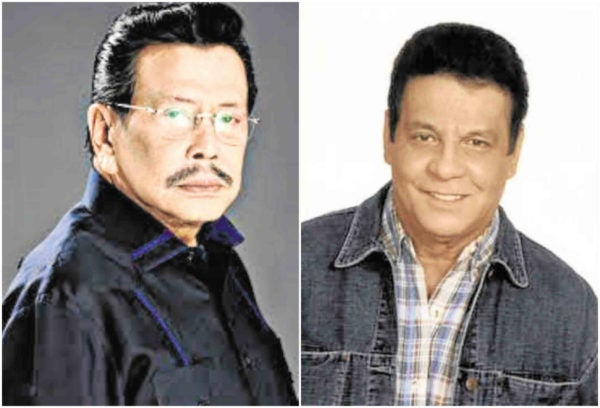 In the 1950s, the local movie production scene was dominated by the “majors,” four film companies that churned out 90 percent of local cinematic output. They were Sampaguita Pictures, LVN Films, Premiere Productions and Lebran.

They each signed up and nurtured their own “stables” of movie stars, whose “thoroughbred” looks and glamour scintillated on the silver screen.

After some of their starrers made a lot of money at the movie tills, a number of the most popular lead players realized that, since they were the ones who drew moviegoers to the theaters, they should produce their own starrers, so they could keep all of the profits for themselves!

Thus, in the ’60s, many of the top stars, led by action kings Fernando Poe Jr. and Joseph Estrada, became film producers in their own right, profitably bankrolling action-drama or action-comedy blockbusters, and helping launch the country’s first wave of “indie” (nonstudio) flicks.

Later, even younger stars like Nora Aunor and Vilma Santos formed their own film production companies (NV and VS Films, respectively).

Flash forward to the current film times, and we find movie history repeating itself, as some lead players are again producing their own starrers.

Separately or in tandem, they have gone into cofinancing or coproduction deals that have made possible the creation of some “prestige” films that have netted them some acting awards—and have turned a tidy profit, besides.

The pioneering “proactive” stars include Piolo Pascual, John Lloyd Cruz and Eugene Domingo. In some instances, the stars simply invest their talent fees, for a hefty cut of a movie project’s profits.

In addition, the stars’ pull and clout make it easier for a project to find financing, resulting in a better and bigger product.

Since some of the “star-powered” movies have made serious money, the incipient trend should catch on, with other and even younger film faves backing productions that give them more attention-calling and “awardable” roles, to make up for the formula fare that their “mother studios” require them to topbill, for play-safe commercialism’s sake.

In some instances, the coproducing or “enabling” stars don’t even have to be in the projects they boost—but, they still get a hefty cut of the profits. Not bad for a part-time involvement—and the indie scene is properly grateful for the boost, to boot!

Where will the trend go from here on in? Will it become so popular and profitable that some stars will go full blast, terminating their studio contacts and putting up their own eponymous production companies, like FPJ and Erap did in the ’60s and ’70s, and NV and VS followed up with in the ’80s?

Only time will tell, of course—but, in our considered view, studios will still try to keep a part of the stellar action, by co-coproducing some “indie-maindie” projects. Everybody happy!