Derek ready to give up career for married life 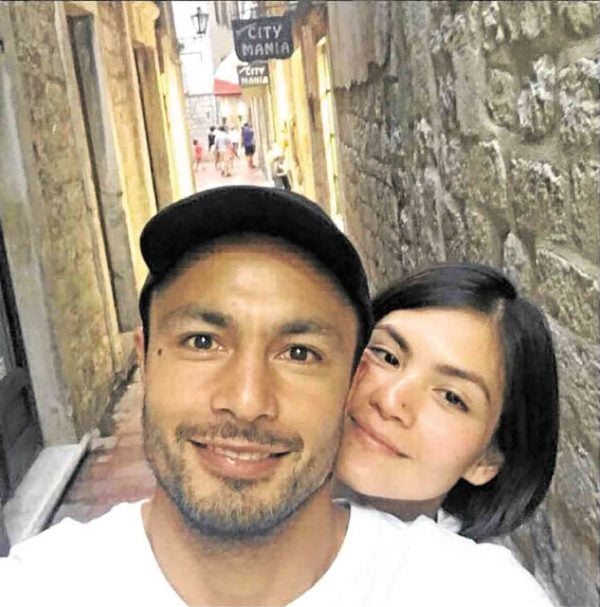 The day Derek Ramsay gets married anew is the day he turns his back on show biz.

“I guess that’s the next chapter of my life,” Derek, who has been together with girlfriend Joanne Villablanca for more than three years, told reporters at a recent press conference for “All of You,” a romantic drama and one of the entries in the 43rd Metro Manila Film Festival, which opens on Dec. 25.

While he’s “very passionate” about acting and the career he has built over the years, Derek believes that if he intends to be a good husband and father, it’s imperative that he takes that drastic step.

“I would need more time, which this industry demands a lot of. And you have to think of yourself and concentrate on bringing life to different characters which can be emotionally heavy,” said the 40-year-old actor, who’s in the process of having his marriage with estranged wife Mary Christine Jolly—with whom he has a 14-year-old son—annulled.

Derek added that he has a high regard for those who can juggle family life and working in the entertainment industry. “I admire their strength and how they do it,” he said. “But I’m very intense when I get into my character. And I don’t want to bring all of that home when I’m married.”

He doesn’t fear stepping away from the limelight. It helps, he said, that he finished his studies and has been smart in managing his money.

“I have a fallback,” said Derek, who has a degree in marketing. “I’m confident that I will be able to find something to support my family. Financial stability is one of the things you have to consider if you plan to get married.”

The legal hitch aside, Derek said he’s “very ready” to settle down with Joanne, who has a daughter, Sophie, from a previous relationship. “I’m at a point in my life where I see my future being exclusively with her
—we just have to find the right time. Sobrang ready na po ako. Sure na sure!” he said.

His past experiences, Derek related, had helped him arrive in a better place. “I have had intense relationships and a lot of hurt I learned from,” he said. “You always look back and tell yourself not to make the same mistakes. So now, I’m more mature, the insecurities are gone.”

Derek loves having Joanne by his side when he wakes up in the morning. And when she’s not, she’s the first thing he looks for. That’s one of the things that made Derek realize that Joanne is the one for him.

“I appreciate her sacrifices, for always supporting me,” he said of Joanne who, together with her daughter, moved into his home a year ago.

“I’m a family guy so I get that sense from her and the kid,” said Derek, whose relationship with Joanne has unwittingly changed his perspective in life.

“Before, when I went out, I used to think about which rims to buy for my car, which rubber shoes to get. Now, I think about getting a table or a night lamp for Sophie—things I wouldn’t have thought of before,” he said, adding that he’s also looking forward to seeing his Dubai-based son, Austin, this Christmas.